Less than 7% of all Scouts attain the highest rank of Eagle.  When a Scout completes all the requirements a Court of Honor is held to award him this rank.

Members of troop 75 in North Carolina 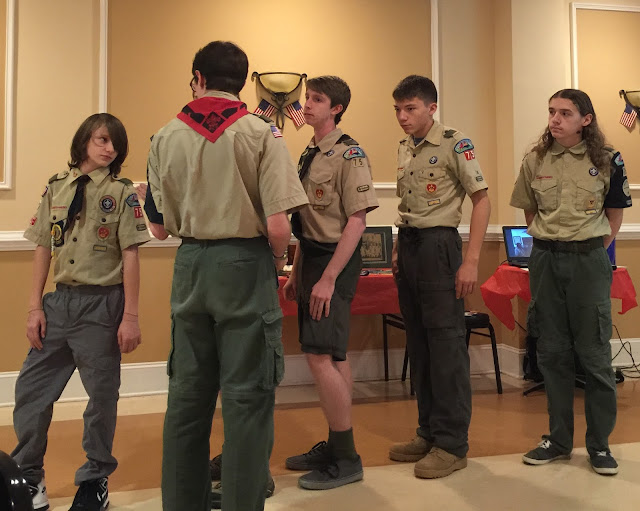 Saluting the American Flag during the pledge 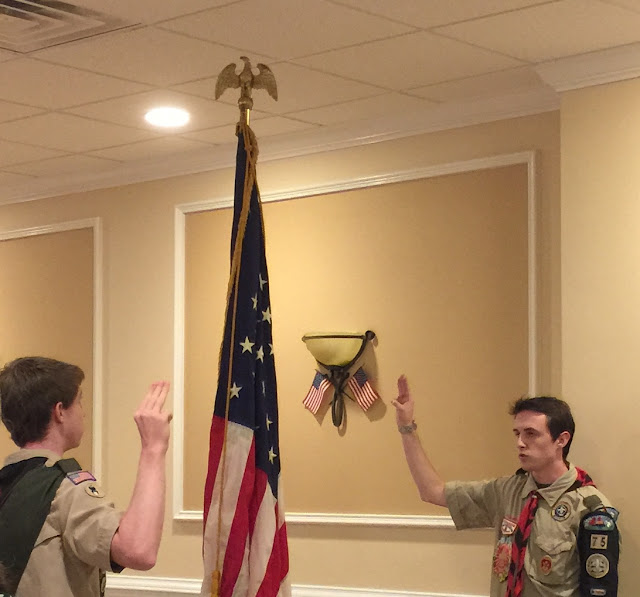 Lighting of the candles and reciting the Scouts Law 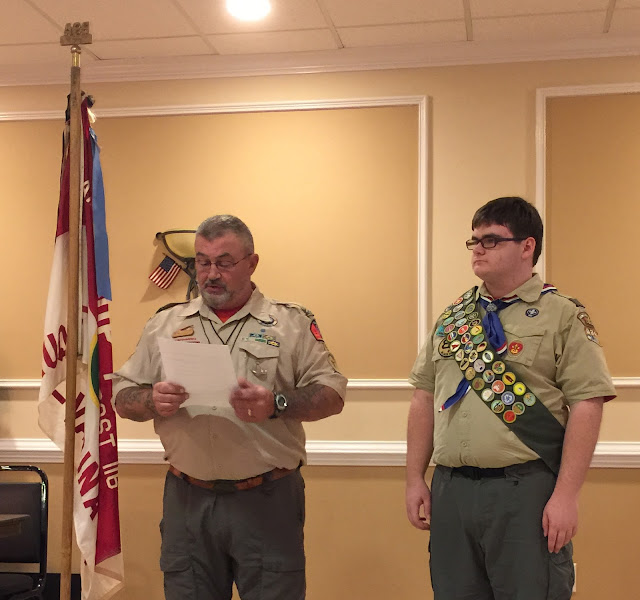 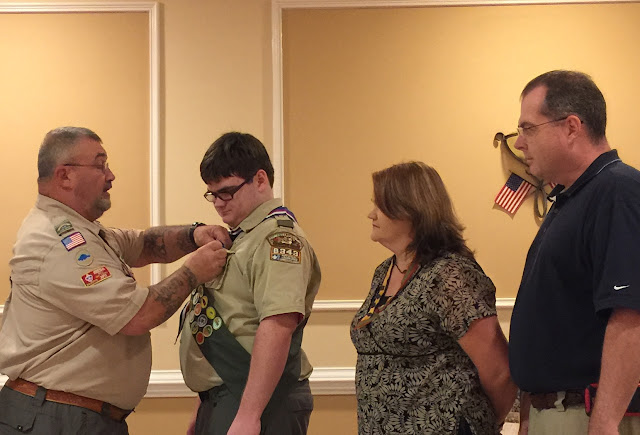 Pinning his mom and dad is a vow to rededicate himself to living the
Scouts Oath. 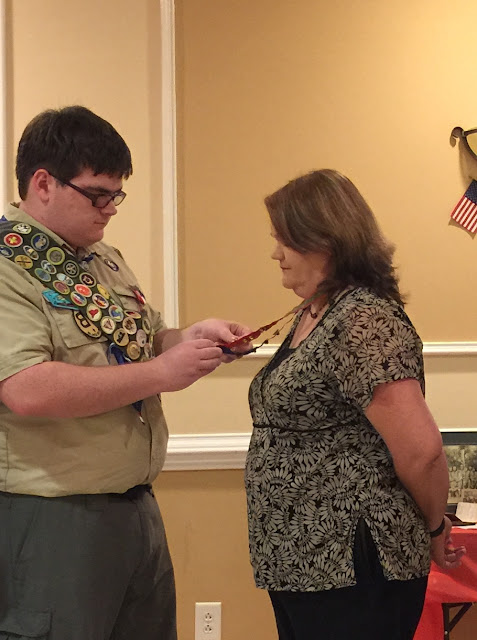 The audience was asked if they would like to say anything about the life and character of the honoree.

He had several members of his troop speak 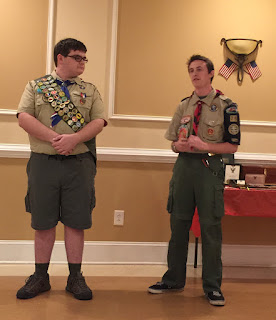 Friends from his church speak
as well as family members and other scout leaders. 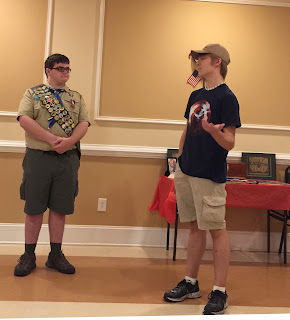 I also spoke on behalf of my late husband.  Normally I would not get up in front of a crowd but I knew he would have been the first one up there to tell him how proud we were of him and his accomplishments.

Afterwards Stan presented him with his certificate 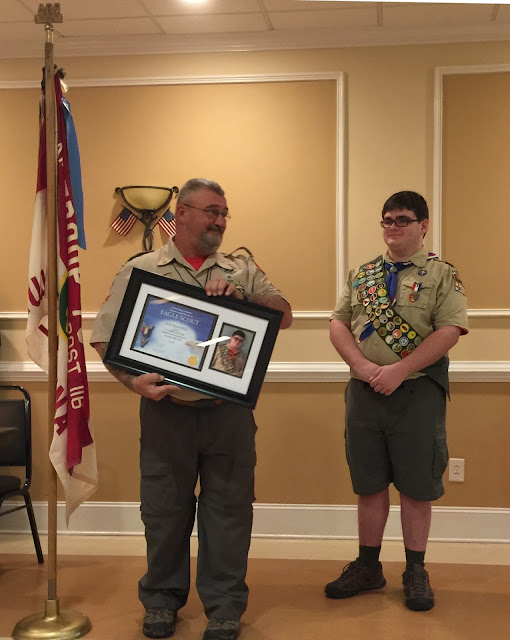 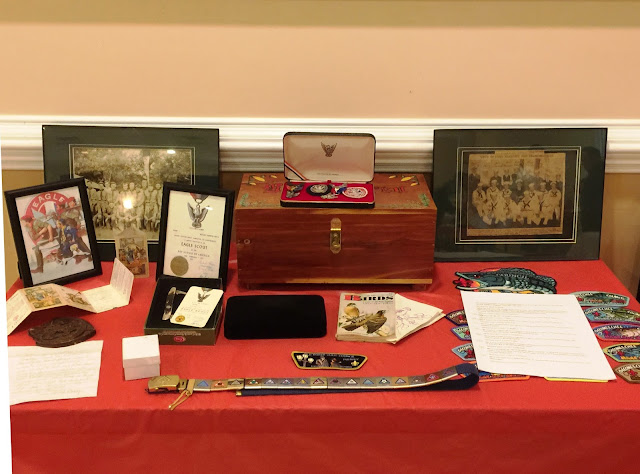 along with many of his own items there and on other tables. 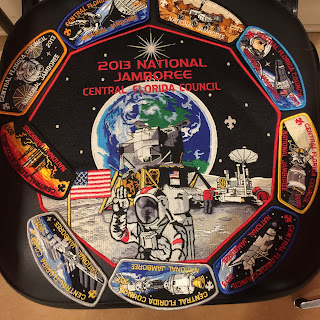 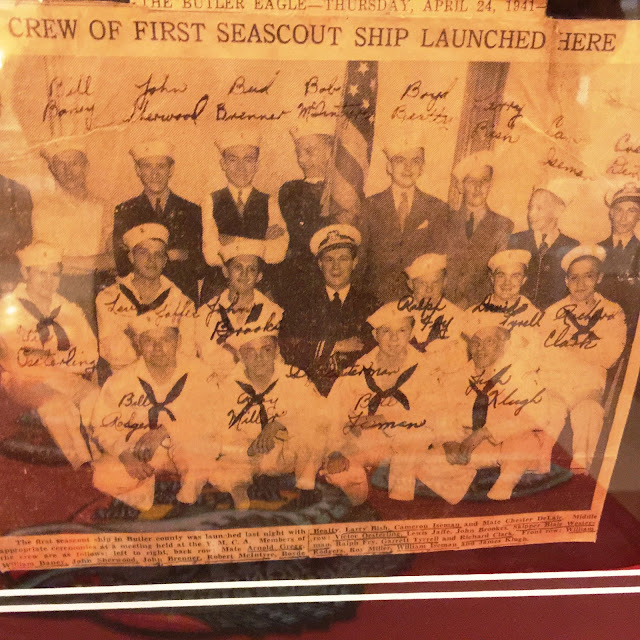 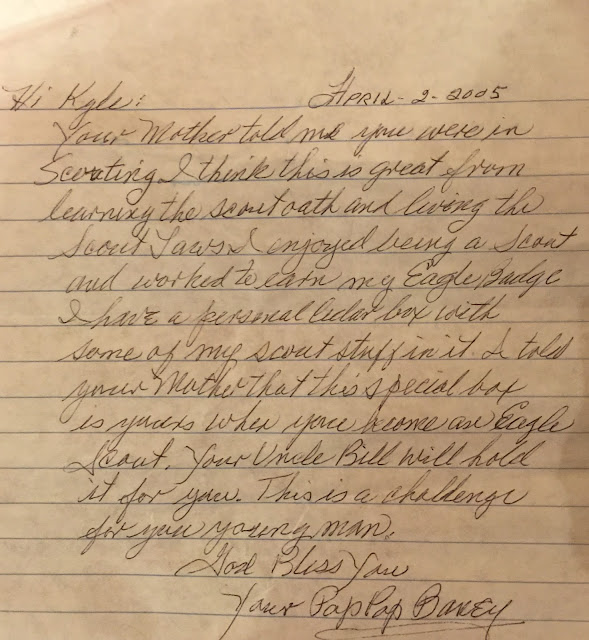 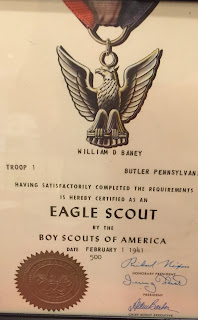 A lovely buffet dinner was spread out over four tables for all the guests.
A manly feast of Sub sandwiches, cheese and crackers, fruit and vegetable trays, chips and dips, pretzels and cheese dips and a beautifully decorated cake in his honor.
The tables were all covered in Scout colors with centerpieces filled with snacks to enjoy before, during and after the ceremony. All of which I failed to photograph!

It was a wonderful afternoon that included many members of his family, all his aunts and uncles, friends from near and far.

Sarah said…
Congratulations to Kyle! Eagle Scout is a fine accomplishment. I know you are proud. My dad and brothers were Eagle Scouts, so I know how special this is.
Thanks for sharing this for Blue Monday.
October 19, 2015 at 1:21 PM

A big pat on the back for Kyle! My nephew just attained the same level as Eagle Scout; the family is super proud. Thanks for sharing.

Annesphamily said…
A nice tribute and very proud time for Lyle. Have a good week and thanks for sharing.
October 19, 2015 at 11:57 PM

Deb Nance at Readerbuzz said…
How proud you must be of him!