My Son Billy (and Ruby) are moving out to a city very near Concord California and my daughter Dianne with my grandson Ryan in tow, went along to help drive the second vehicle out there.

Billy had never seen Concord but Dianne was born nearby and lived in Concord for her first six weeks at my parents home.  We moved to Pittsburg and then later at about six months old, she and I moved back to an apartment in Concord for a year while her dad was overseas on a tour of duty.  We moved to the midwest when she was 21 months old and we only went back once.

She and Billy went to visit yesterday and sent unrecognizable photos.

Where is the Concord that I grew up in?

I scoured the internet and came up with these photos.

Oh how many frosted mugs were ordered at the local
A&W!!  10 cents for small, 15 cents for a large mug.

This one on Market Street near Downtown is exactly like the one
on Clayton Road that we used to hang out.
In fact, It's where my husband took me on our first "date"! 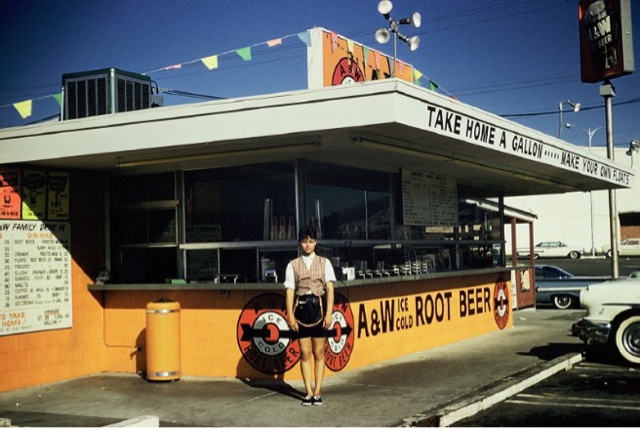 It's not Concord...but the old El Rey theater in Walnut Creek was a hot date spot too! 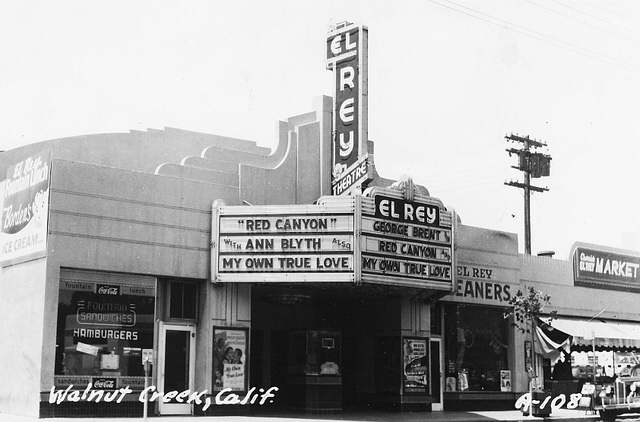 Yes, we saw movies at our local drive in.  I had forgotten it was called the
Auto Movies...really? 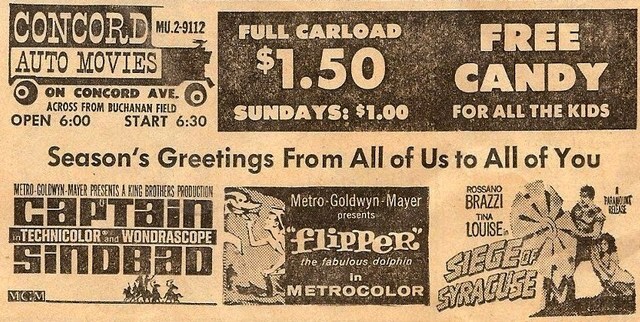 Our first mall, a strip mall called Park and Shop
I spent many hours here!
It's interesting to hear from the comment Patty made, the sign is still there!

And look at that pink car! 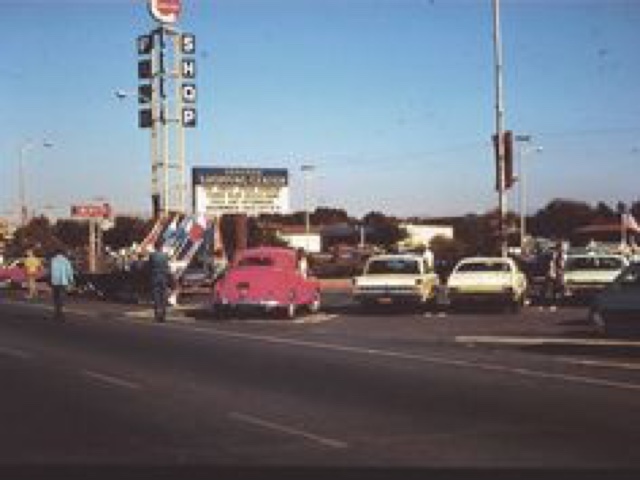 Jolly Burgers!
I worked here in high school.
They also had a boysenberry dessert.
You dipped hot boysenberries in a sauce into a cup and
put a crust on top to serve it.  It was great a la mode! 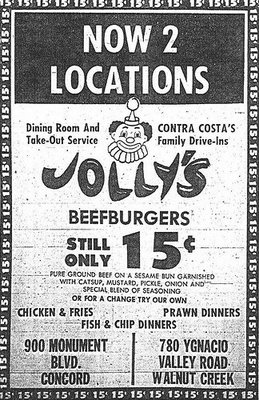 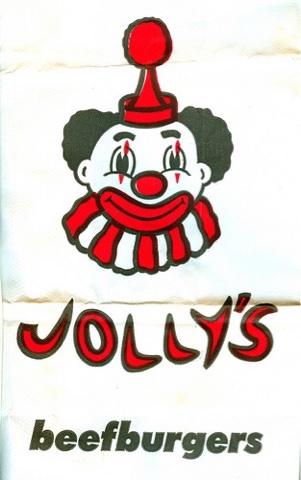 The library!
We spent many hours here, ultra modern and fascinating.  I loved the adult reading
room with leather swivel reading chairs. 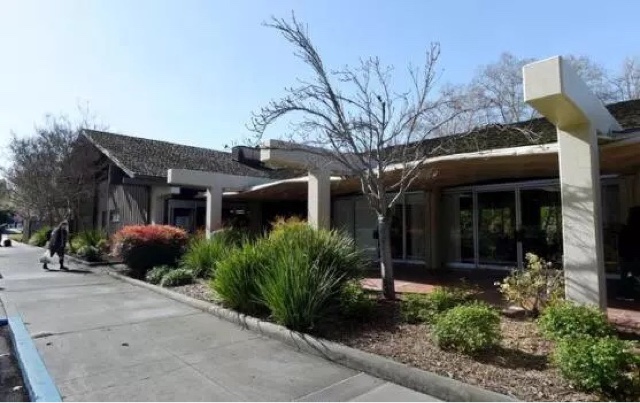 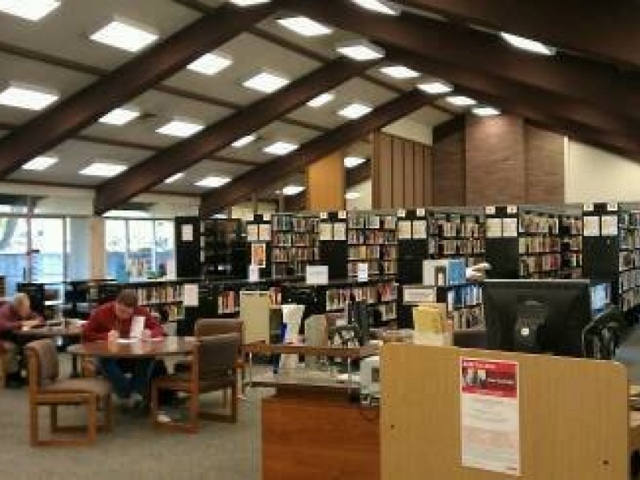 Mt Diablo could be seen in the center of our front window!
I never appreciated the view until later.
What luck! 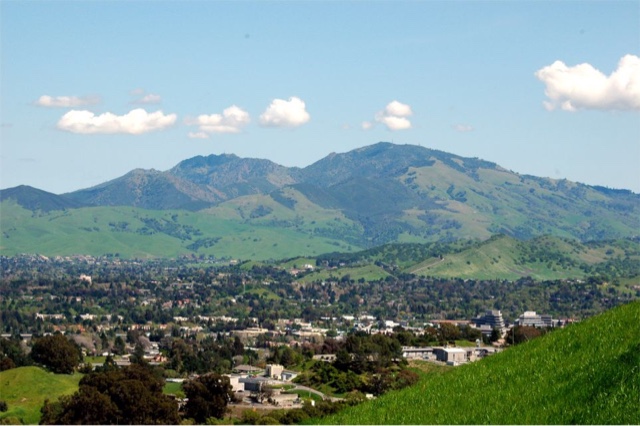 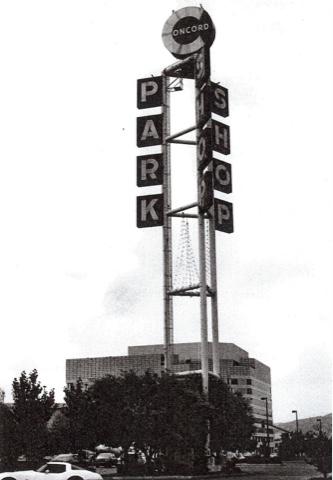 Concord had it's rural areas too,
this was behind the high school. 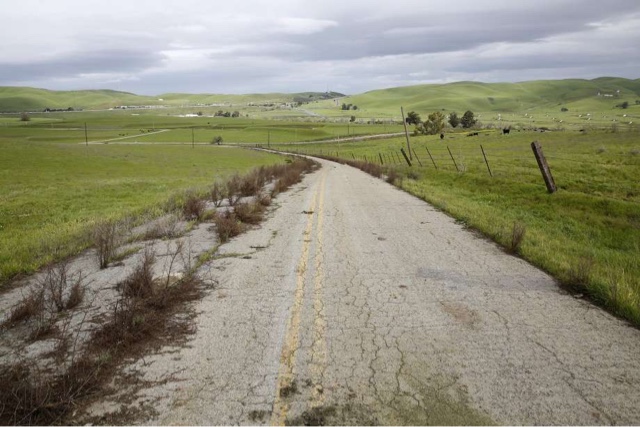 Oops....More Park and Shop photos!
Mom had an account at Rhodes so we shopped often there. 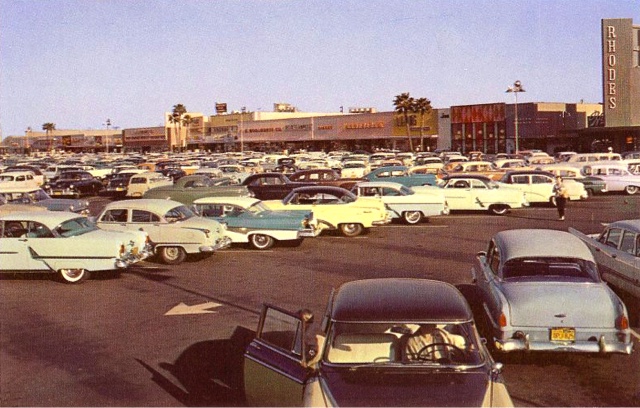 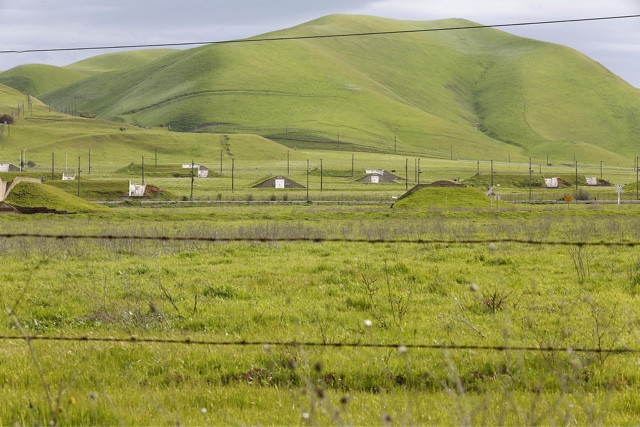 This is where I first met Bill when I picked him and Larry up.
Larry and Bill rode the bus from the ship.  Larry was showing off
the Selleck family to Bill. 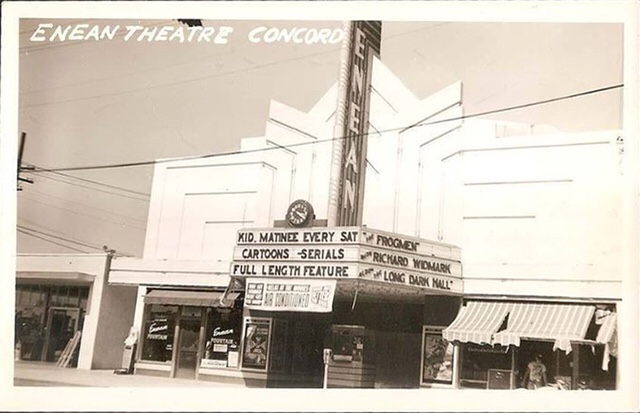 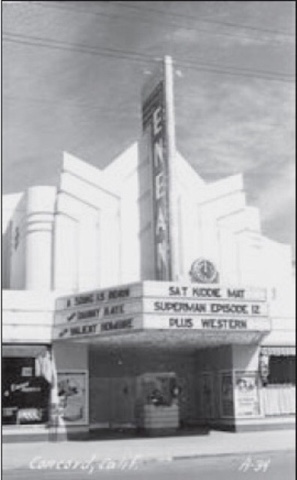 How many Saturdays and Sundays did we spend in this theater?
I remember the ticket to a movie was
25 cents and we were given 10 cents to spend
You could buy two 5 cent candy bars or one 10 cent one
I don't remember what Popcorn was I never bought it or  Ice Cream.  They were more than I could spend...still the same today!  The ice cream was called Bon Bons!  I do remember buying them one time just to quench the longing I always had. 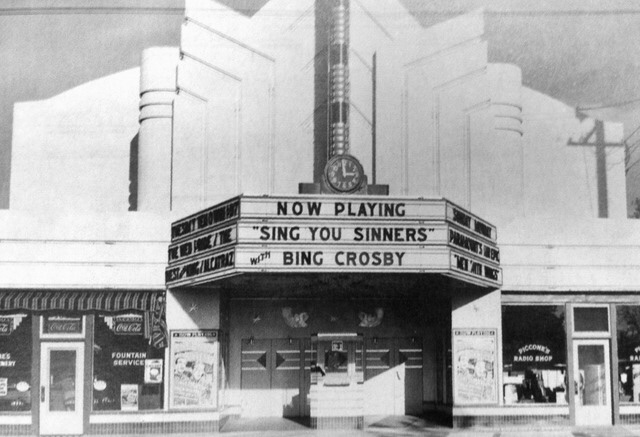 We got a real mall when I was in high school, across from White Front
I loved the Worlds Fare restaurant!
I also worked at the theater in the mall for
a few months. 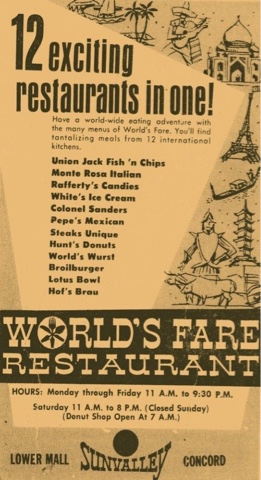 Dianne and Billy in front of 4013 Joyce Drive
So altered now it doesn't look at all like our house.
The trees are the same ones though.  Much thicker and apparently trimmed
within an inch of their lives.  I spent many hours in the one next to Dianne.  It was the
best climbing tree. 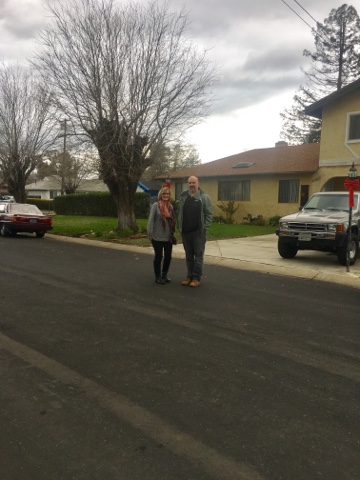 This is an old building in Concord but I don't remember it.....I'm going to say it was definitely there when I lived there. 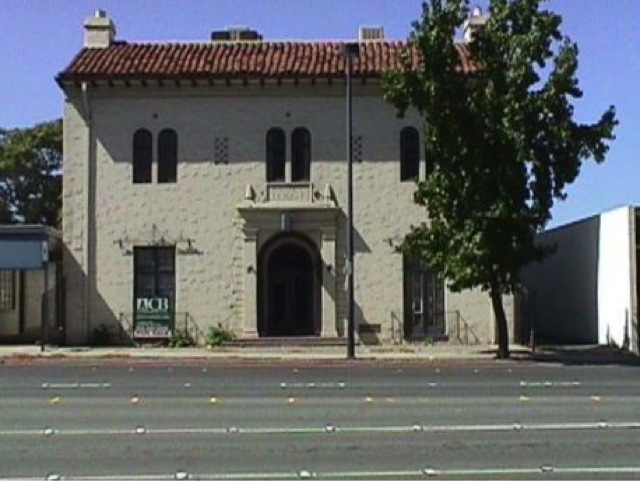 And so that's it but as I run across old photos, I'll add them.I'm sure in Mom's albums there are some that can be put in here!

For other pictures of Pink Things...go here!  Pink Saturday!

So you are in California, a long way from snowy Massahusetts. We are in the middle of the winter's second major storm. It's nice and cozy inside our house, though. I'm so grateful for that.

I want to thank you, with all my heart, for all your visits to my posts. It was sad to read about your last Valentine's Day with your hubs. How could you ever have known that was going to be your last? It truly was a post that touched my heart.

Life is so fleeting----so transitory----everything can change in the blink of an eye. It did for one of my sisters. A few years ago, her hubs got sick and was diagnosed in June with pancreatic cancer. He died in February of the following year, 8 months later. He wasn't even 59 years old yet. I'll never get over that trauma and I'm sure my sister won't, either.

I am truly sorry for your loss, Jeannie Marie. But at least you have happy memories. This Valentine's Day, I send you wishes for an outpouring of blessings in your life. Hugs. Susan
February 12, 2017 at 5:00 PM