May 19, 2013
Jack turned 7 and Lucy turns 6 and this is their first big family birthday party.  When you are military, it isn't often you land in the middle of your extended family during birthday time.  A short vaca during the move to Alaska prompted this celebration!

The kids had a wonderful time in P-Pops pool. 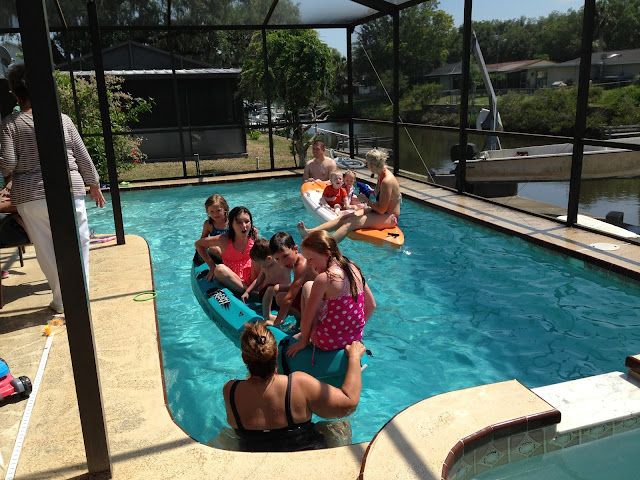 A kiddie fence is necessary around a pool.
But with nine children and over half  of them under age four, this kiddie fence was screwed into the door jamb for the duration of the visit so no child could remove it or knock it over.

One either climbed over or walked around the house.  For Mom, at 84, a quick hop over the fence seemed easier than the hot walk.  For the first few times anyway! 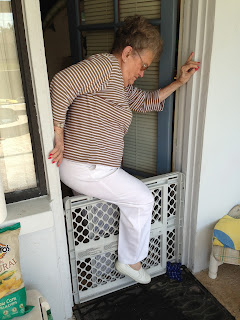 The youngest of the nine children present, Andrew walked alone for the first time today.  By the end of the day he was almost running.  Hugs for G.G.! 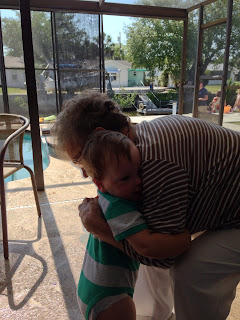 There was fishing going on down at the dock and Priscilla showed off her catch to everyone.  It was tossed back in after all had admired it and a huge Blue Heron swooped in an feasted on it moments later.  Ahhh the cycle of life. 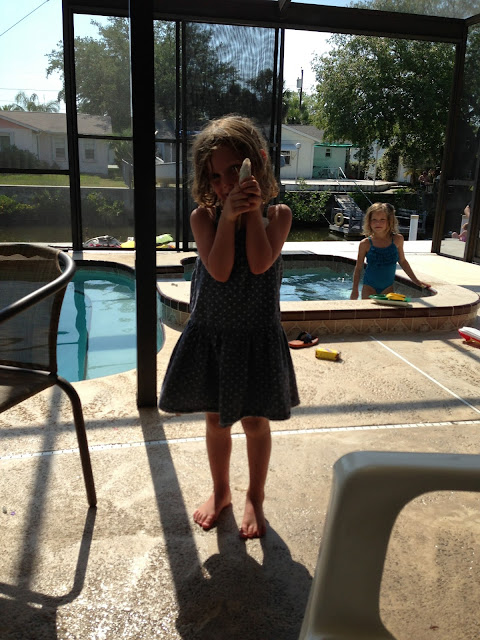 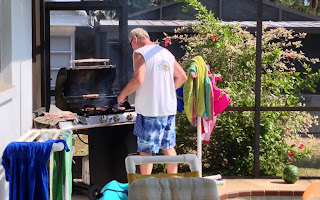 Birthday Bucks are always appreciated to start off with! 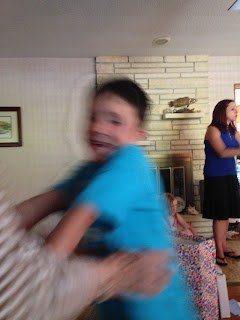 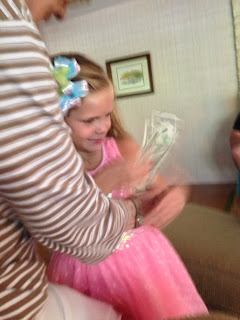 And no further pictures could be gotten with all the children crowding around the the two piles of gifts and cards and adults moving about keeping the area cleared of paper and ribbons.

Jack and Lucy blew out their own candles! 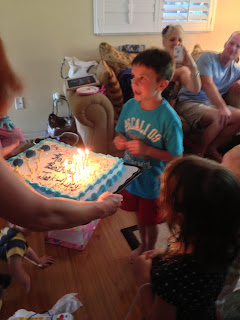 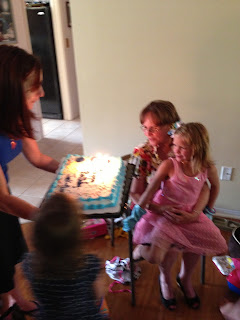 Pete and Rob were in the thick of the party able to jump up and assist at any moment. 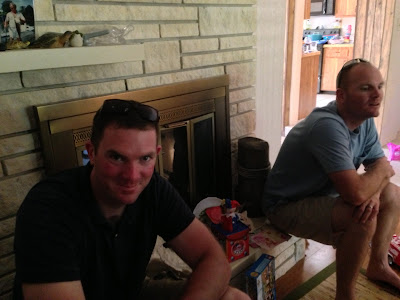 While P-Pops and Pappo took clear advantage of a quiet backyard and escaped the madness of presents and mayhem going on in the living room with the other 38 revelers. 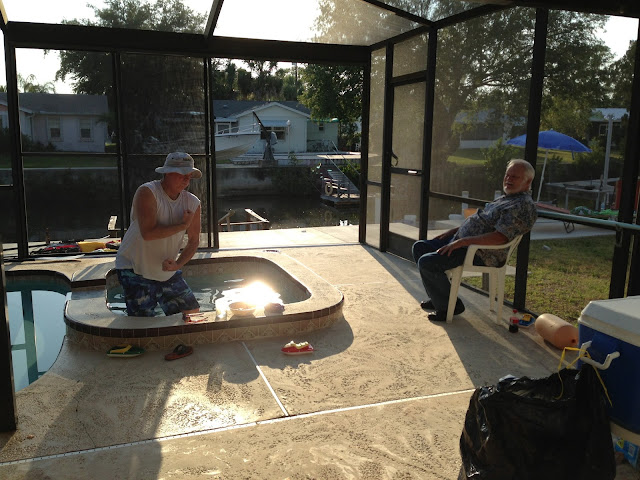 Grandma G.G. really enjoyed her fill of great grandchildren and they enjoyed her!
Look at the big smile as they are saying goodbye! 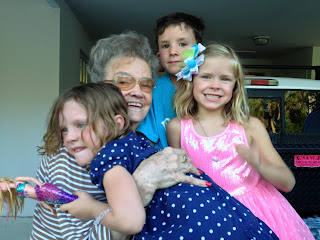 Claudia said…
Lovely post and a wonderful tribute to your mom!

Thanks so much for joining in this week.

Betsy@My Salvaged Treasures said…
What a fun celebration. It looks like you were all having such a great time. Love your enclosed pool area.
May 19, 2013 at 6:55 PM

The Quintessential Magpie said…
This is so sweet, and what a great party. Happy Birthday to the Birthday Kids!

Paulette said…
What a fun celebration it must have been. So glad you were all able to celebrate and make those beautiful memories.
May 20, 2013 at 8:30 PM