We were greeted at the dock by this wonderful seahorse sculpture on a pink plaza ! 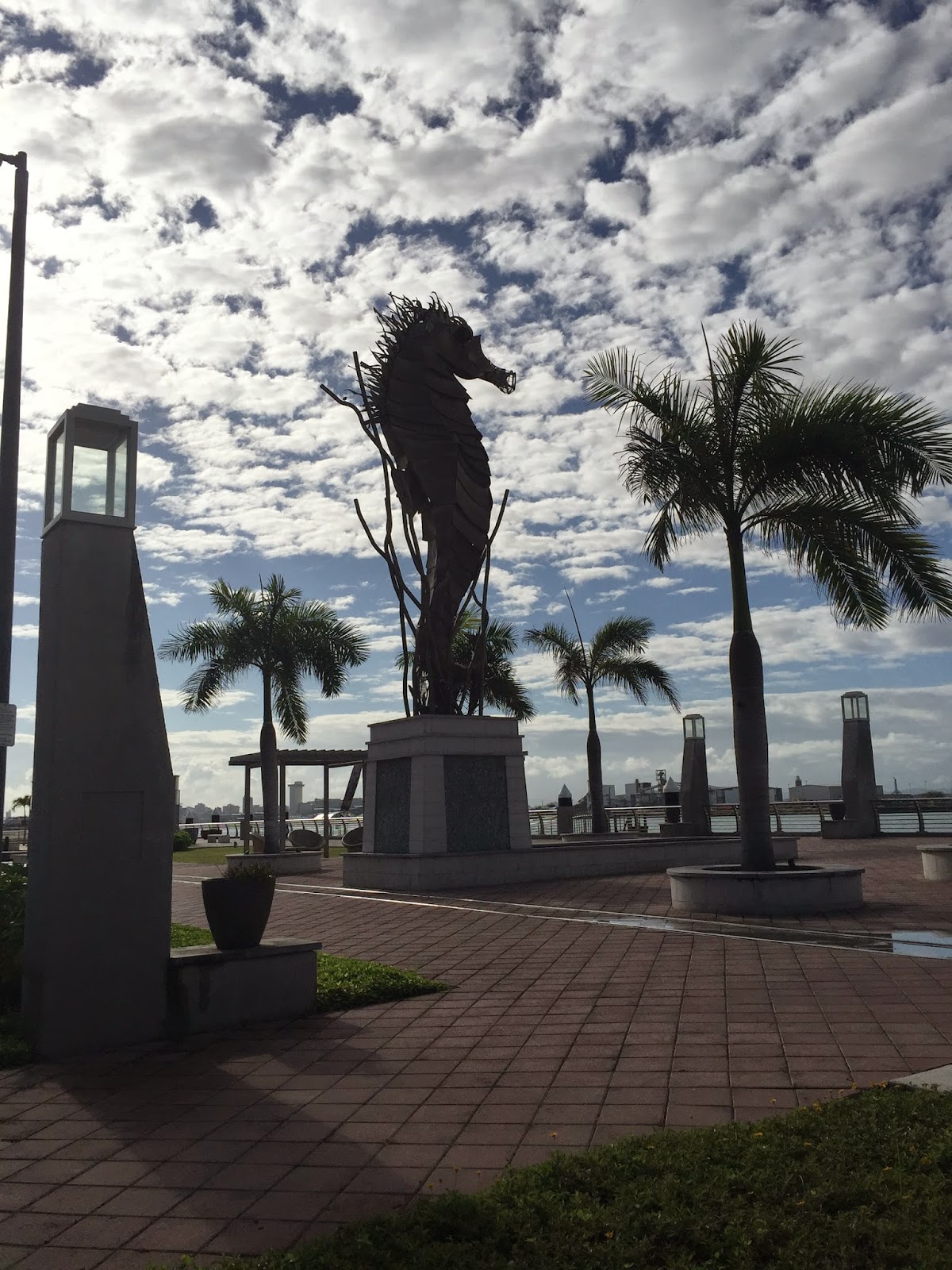 Lauren said it best!  We were exhilarated to be here! 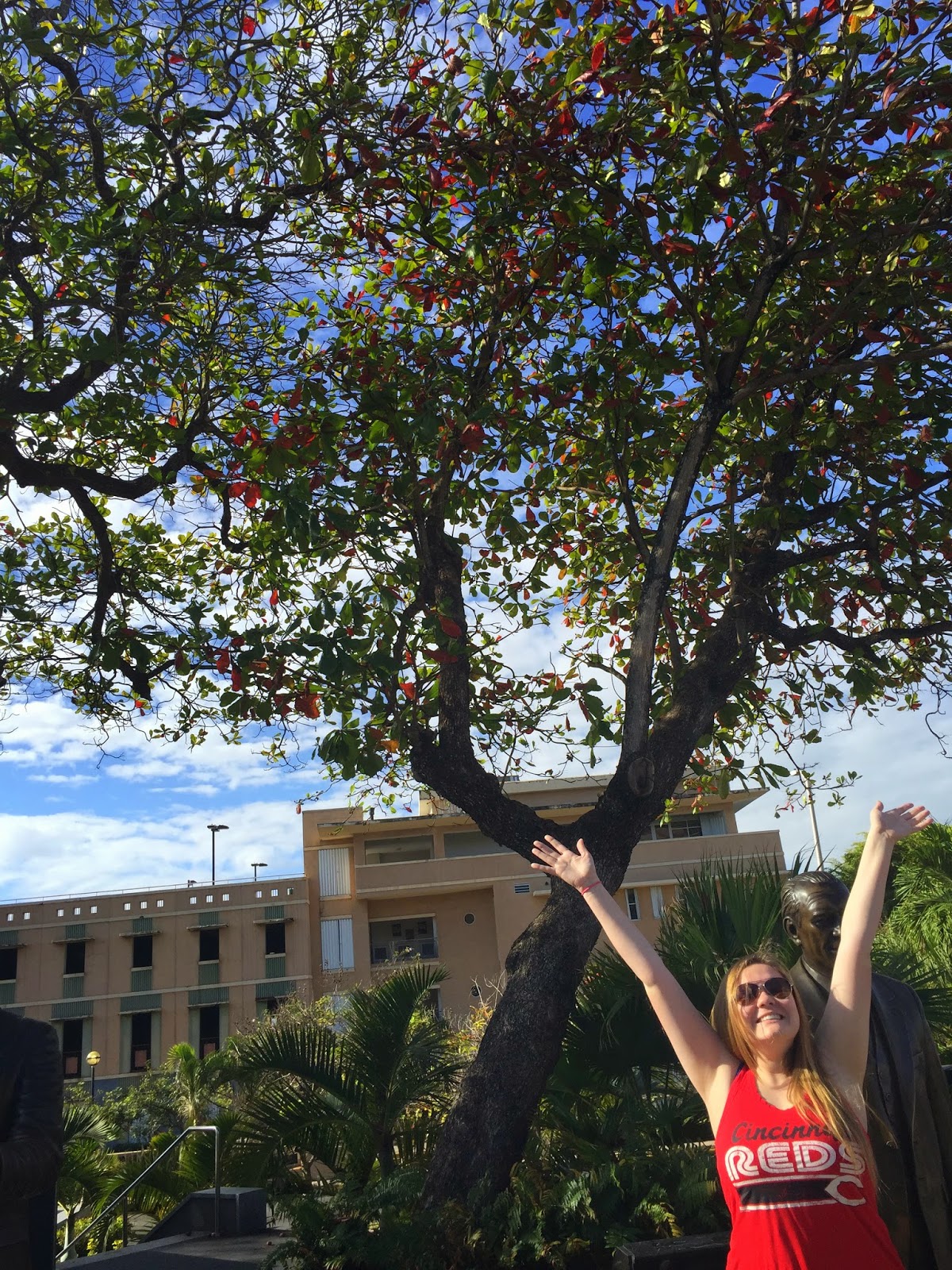 Our taxi driver guide took us to see the Plaza of Democracy.
He was proud to show us this government building.
I have several fun photos for Shadow Shot Sunday2 this week. 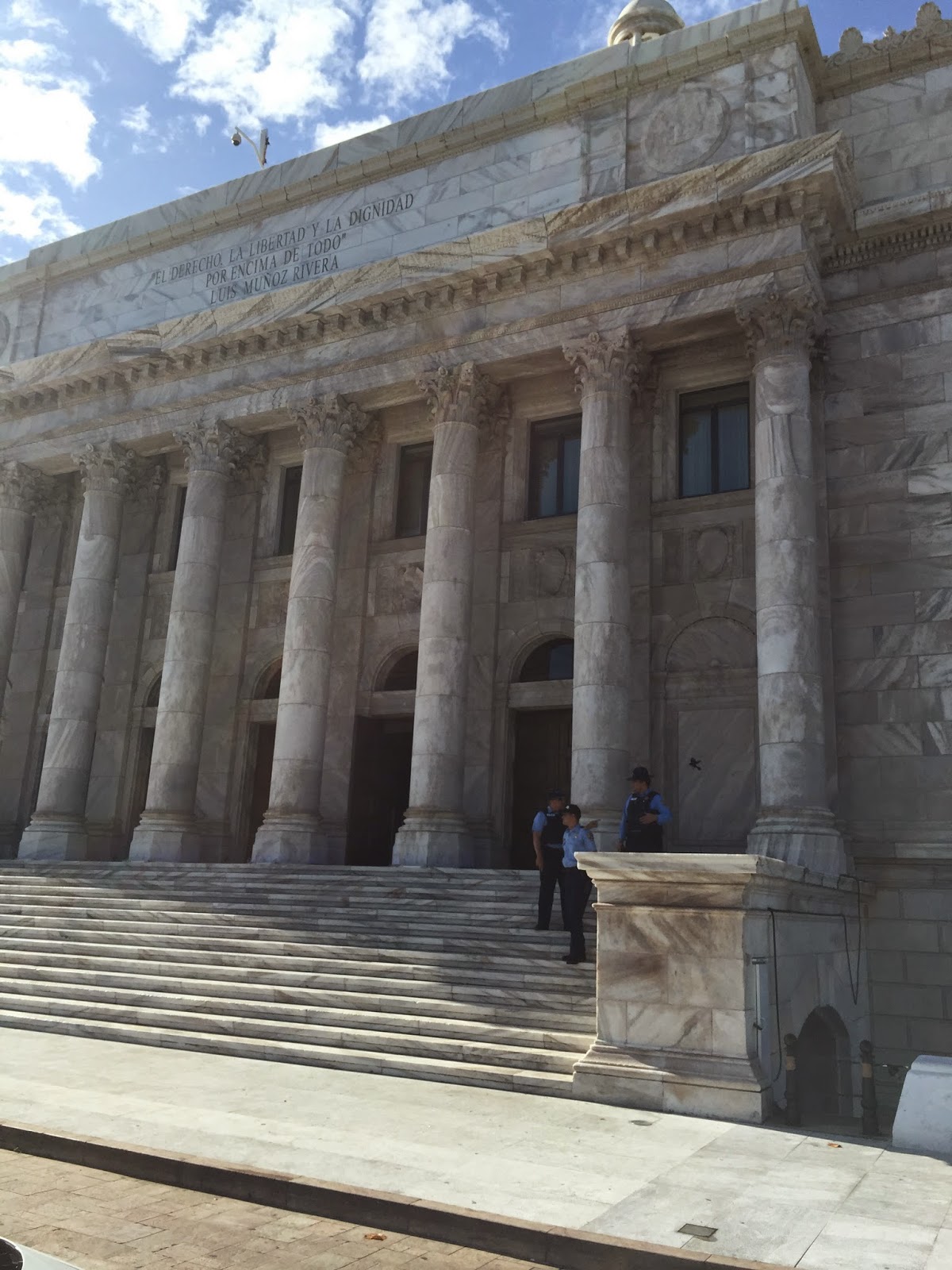 The police on the steps did not move aside as we ascended the steps.

Here our guide is explaining about how many different types of marble were used. 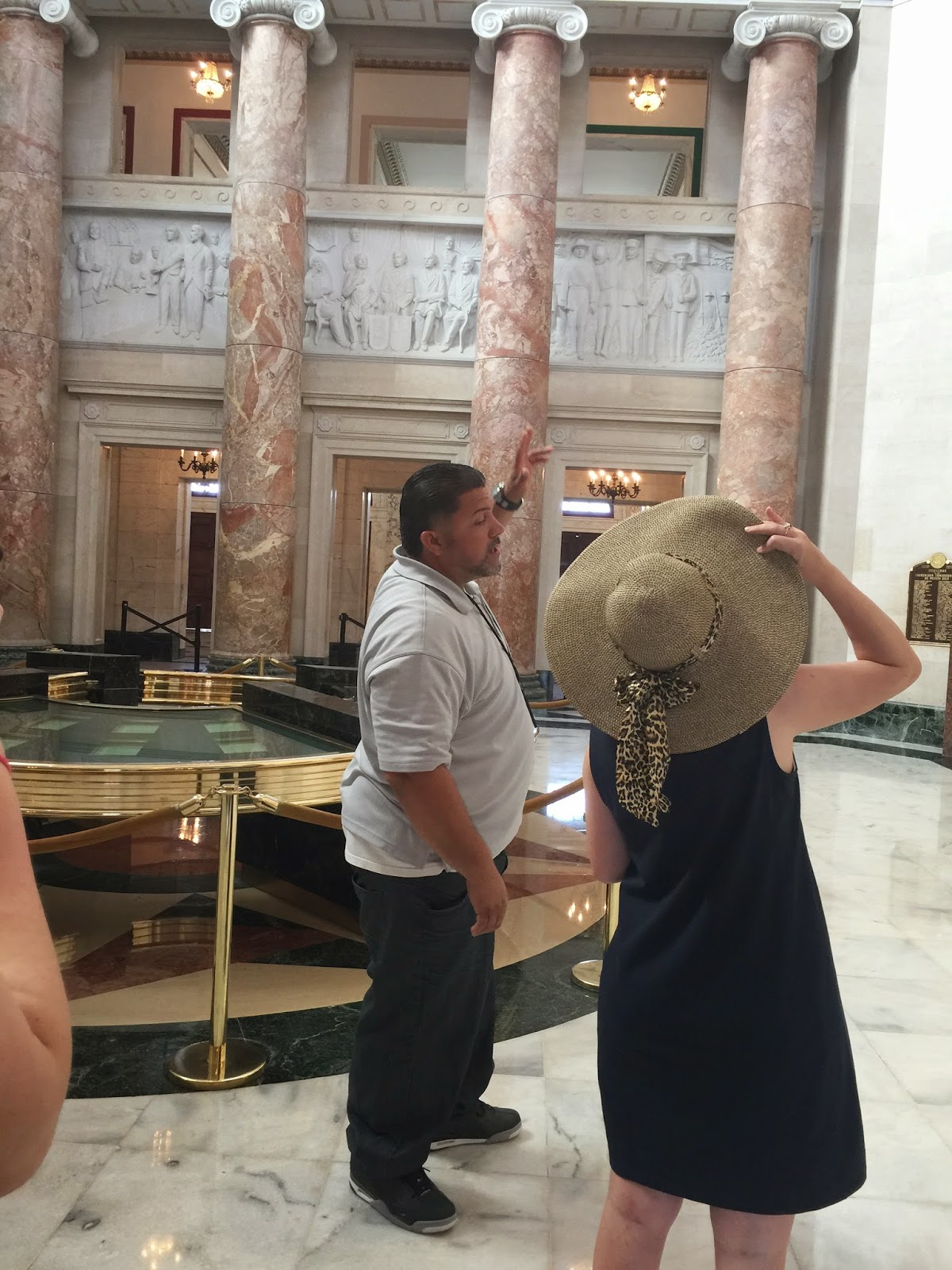 This photo was taken from in front of the steps, facing the sea. 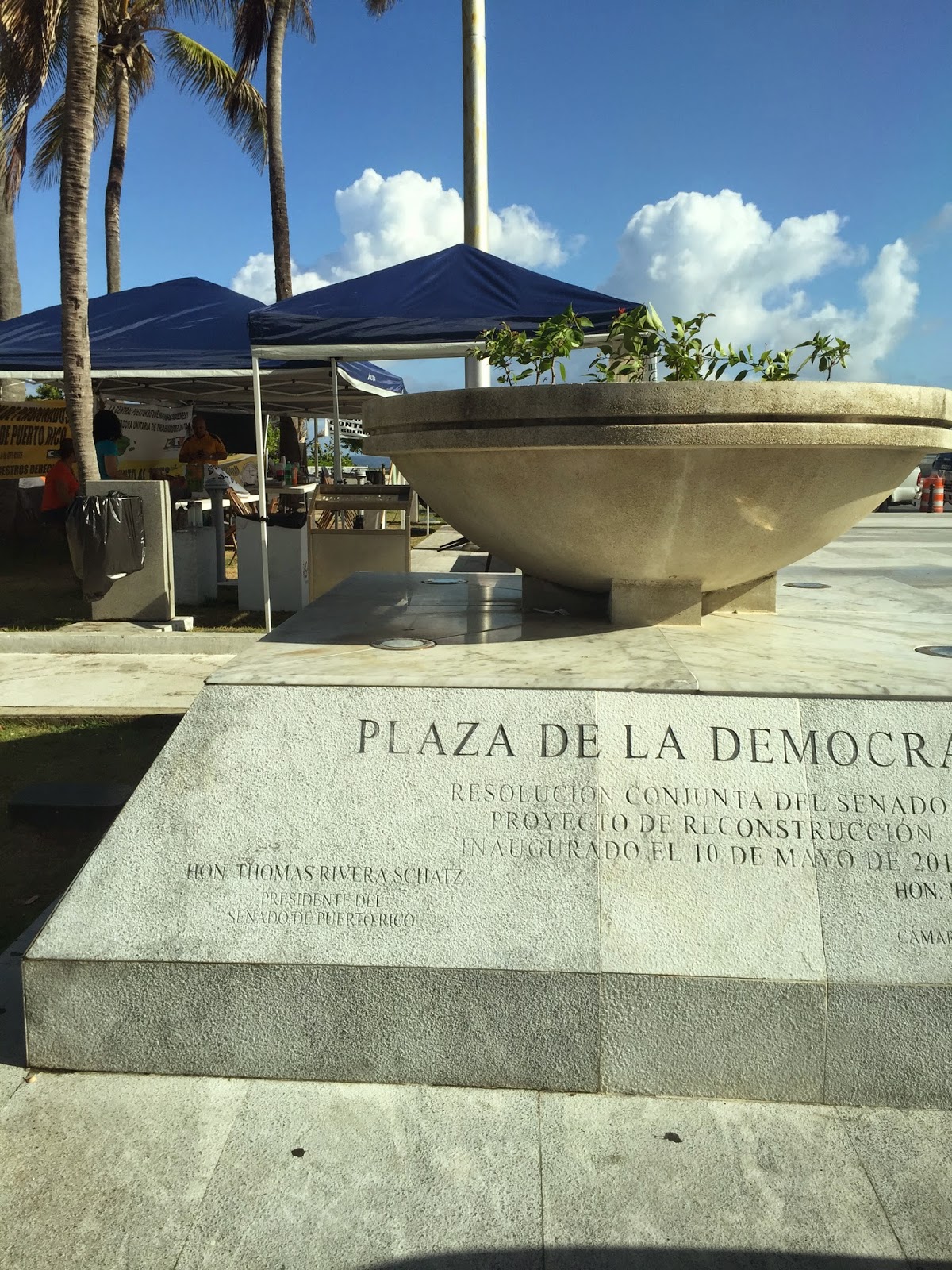 We drove past old forts 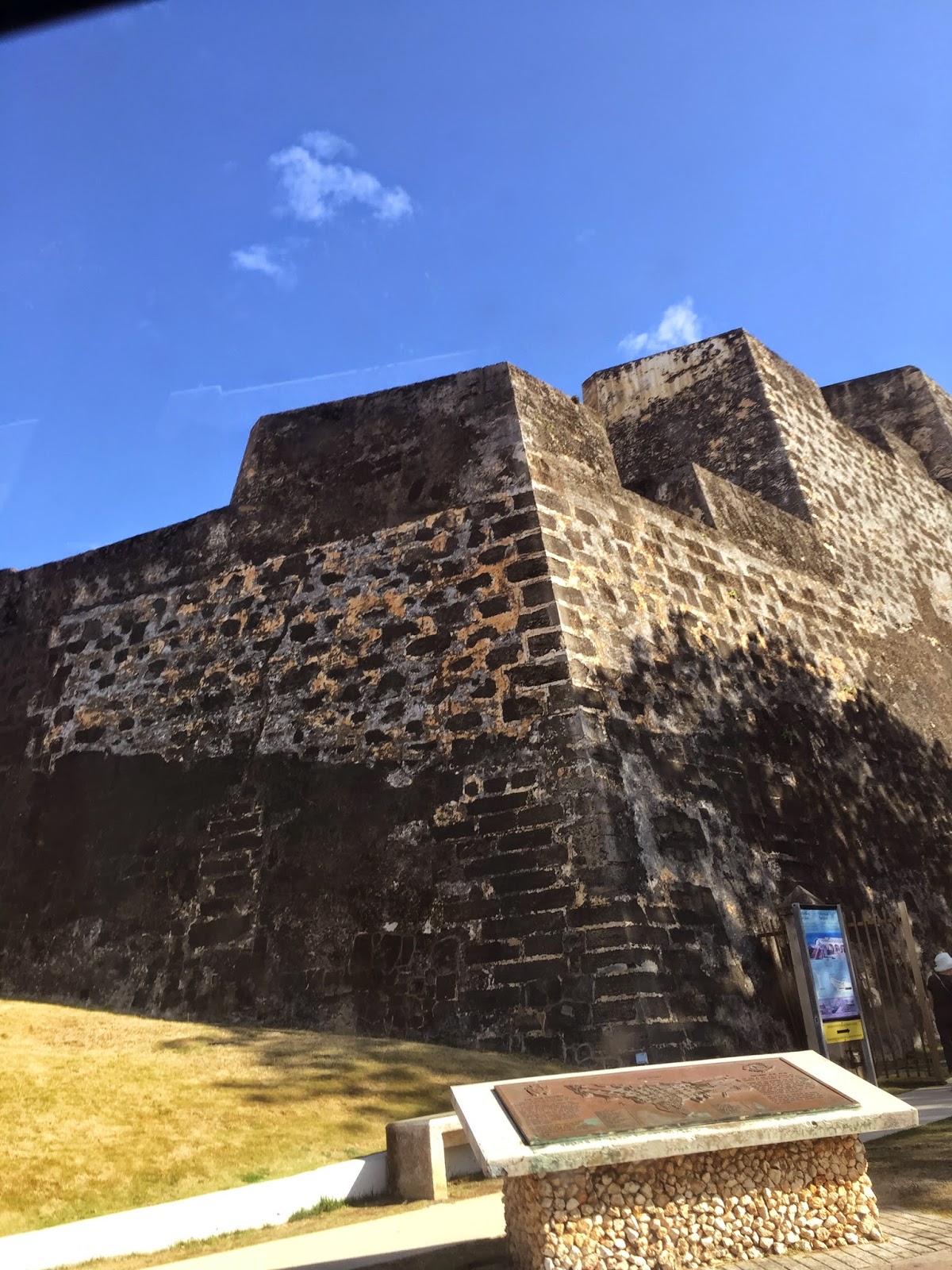 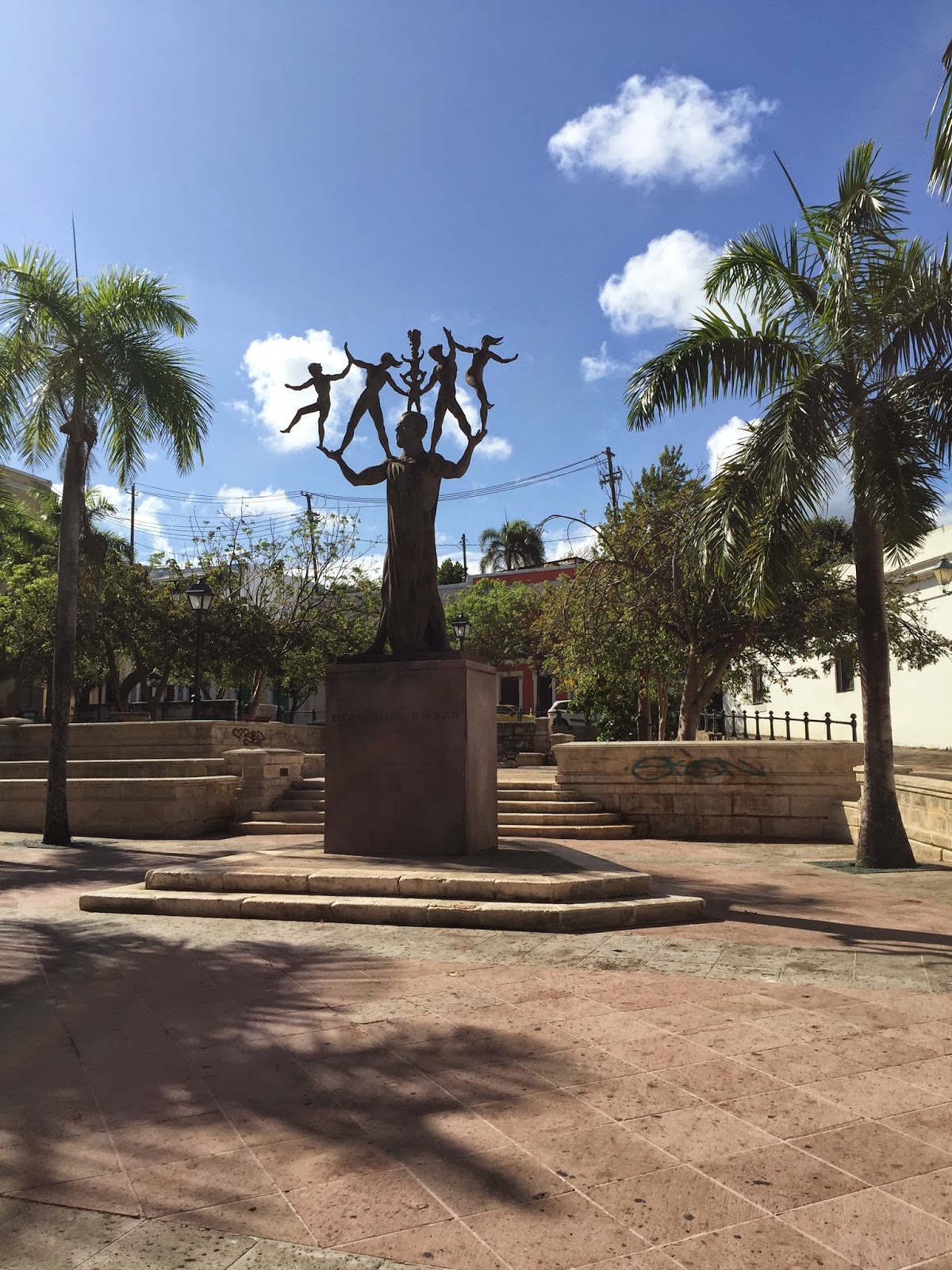 We went down side streets in Old Town 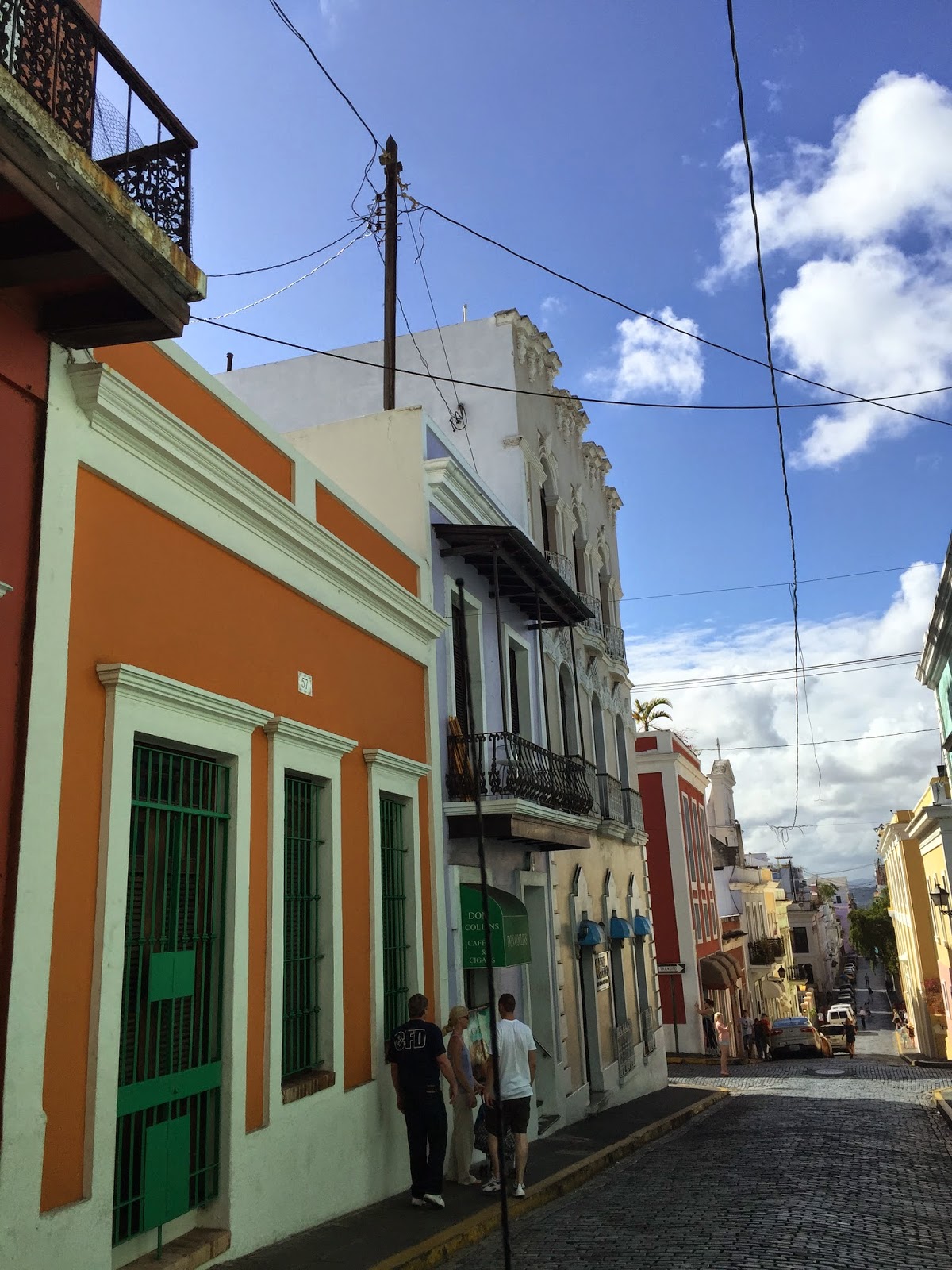 The buildings were centuries old. 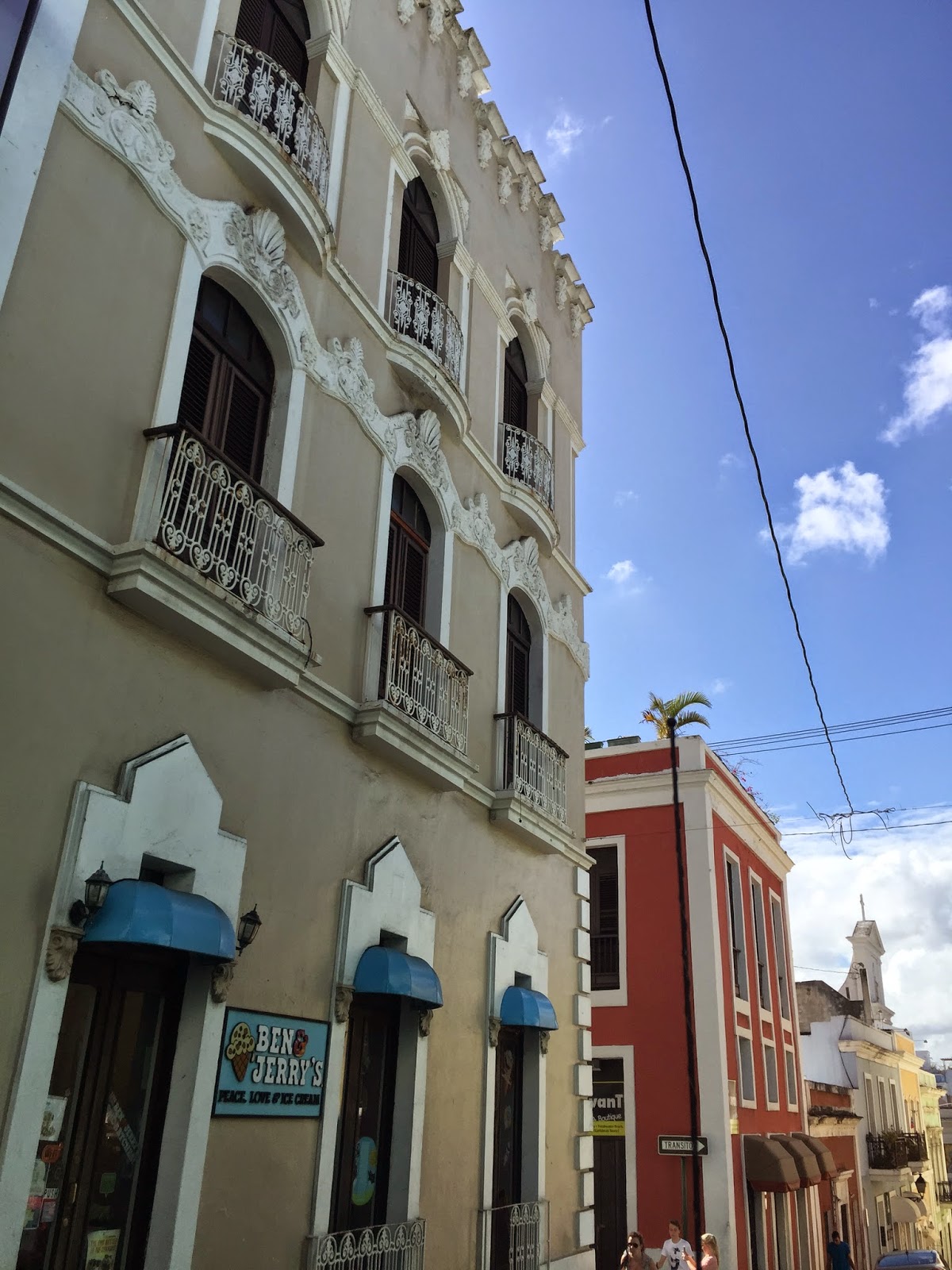 Here, our guide stopped and we got out as he showed us the famous blue cobblestones that pave
many streets of Old Town. 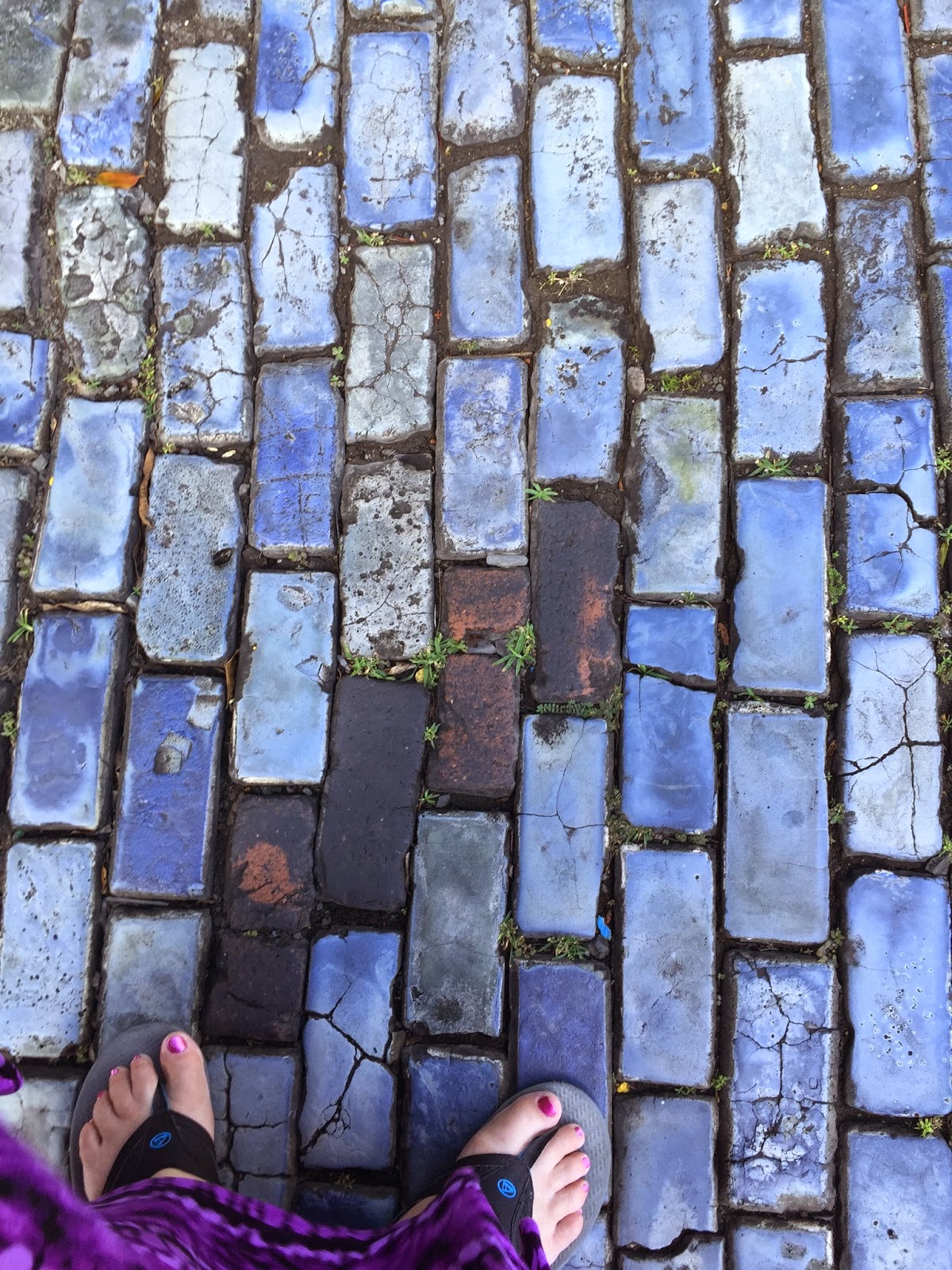 I can't wait to share these with my friends from Blue Monday!

The yellow house is the narrowest house in the country.  It is not much wider than
the front door!  Our driver was puzzled as to why someone would want to live there, but the current resident has for many years. 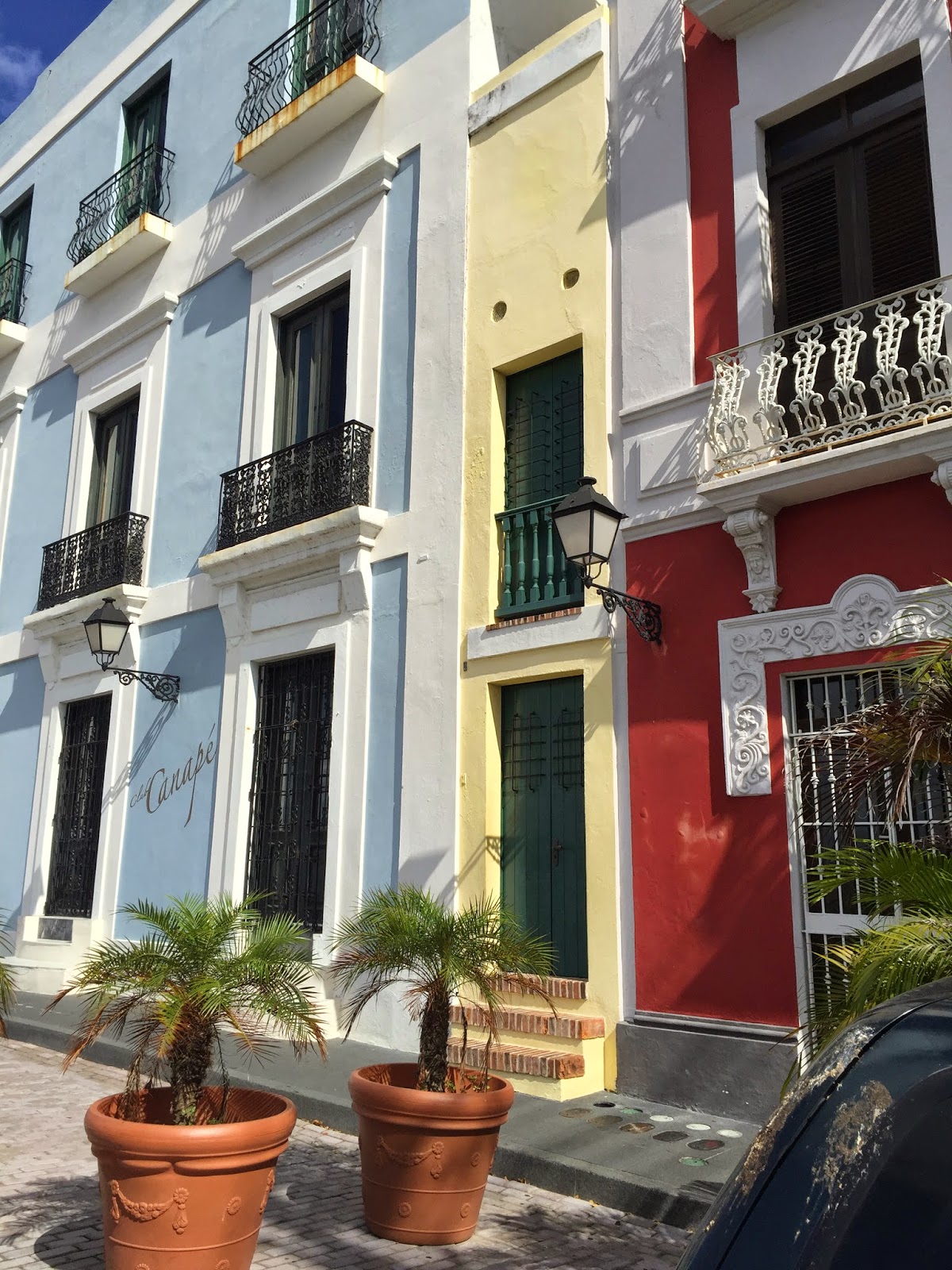 Outside the walled part of Old Town 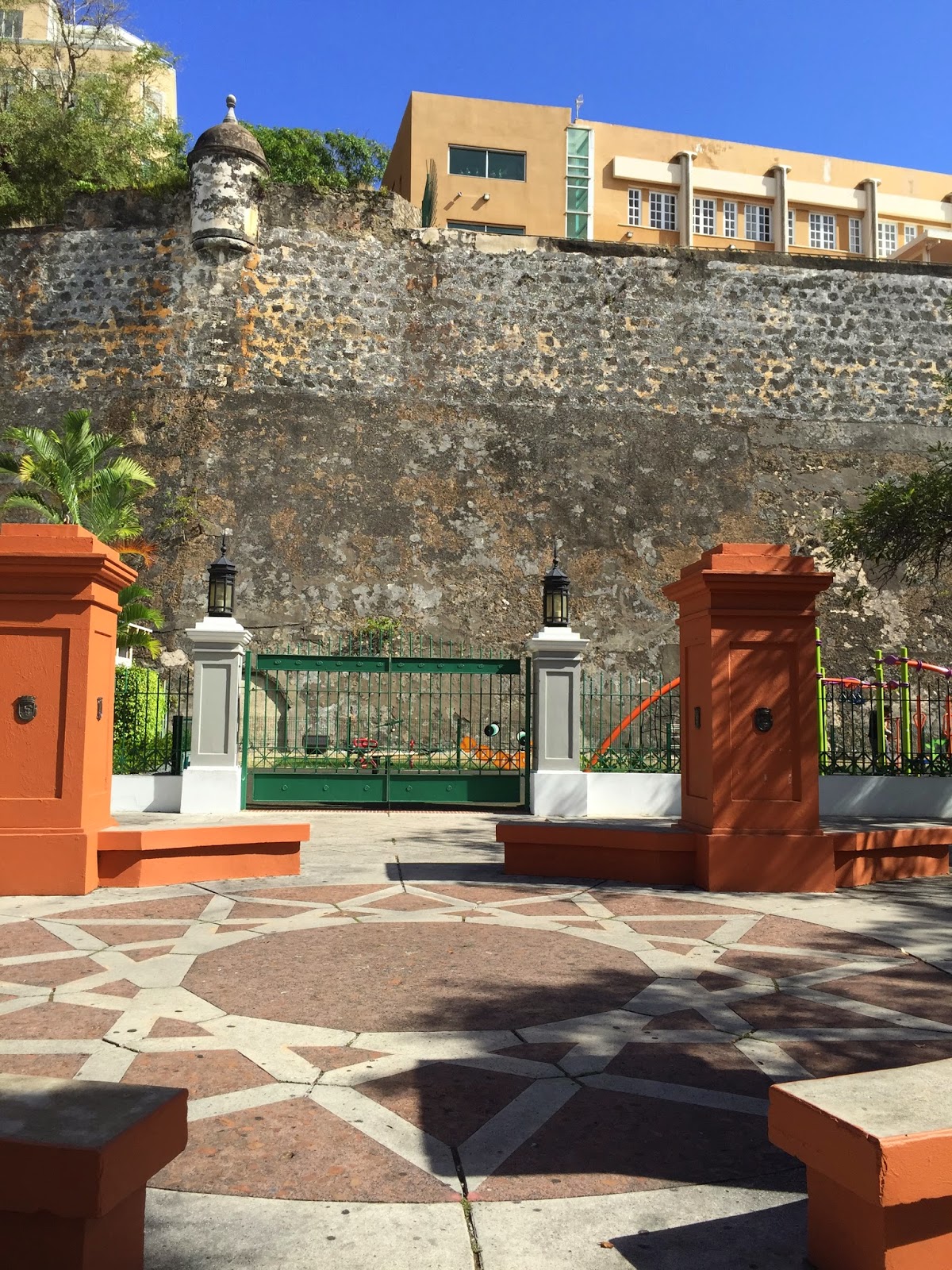 Now into the modern side of Puerto Rico. 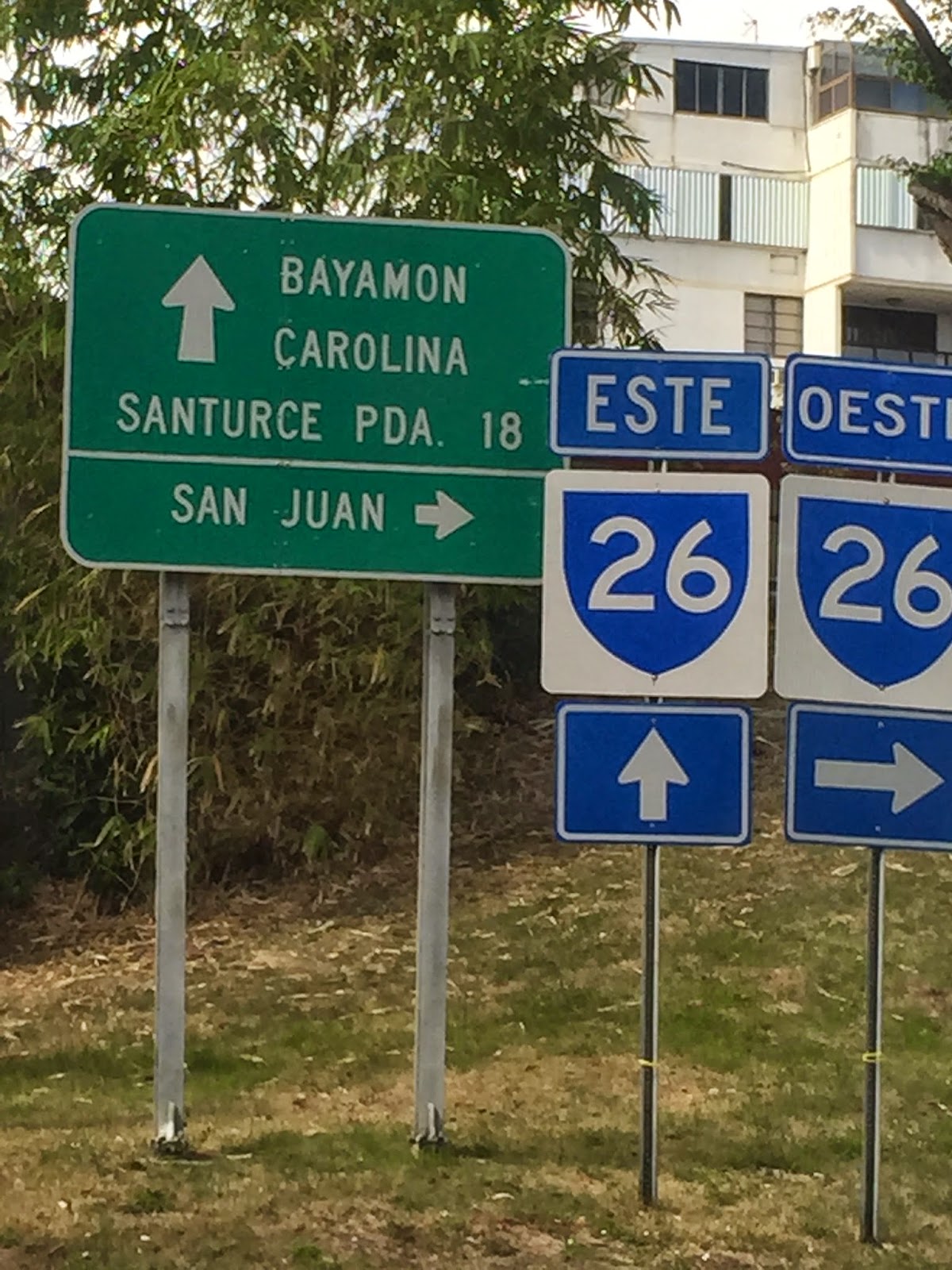 The convention center in San Juan 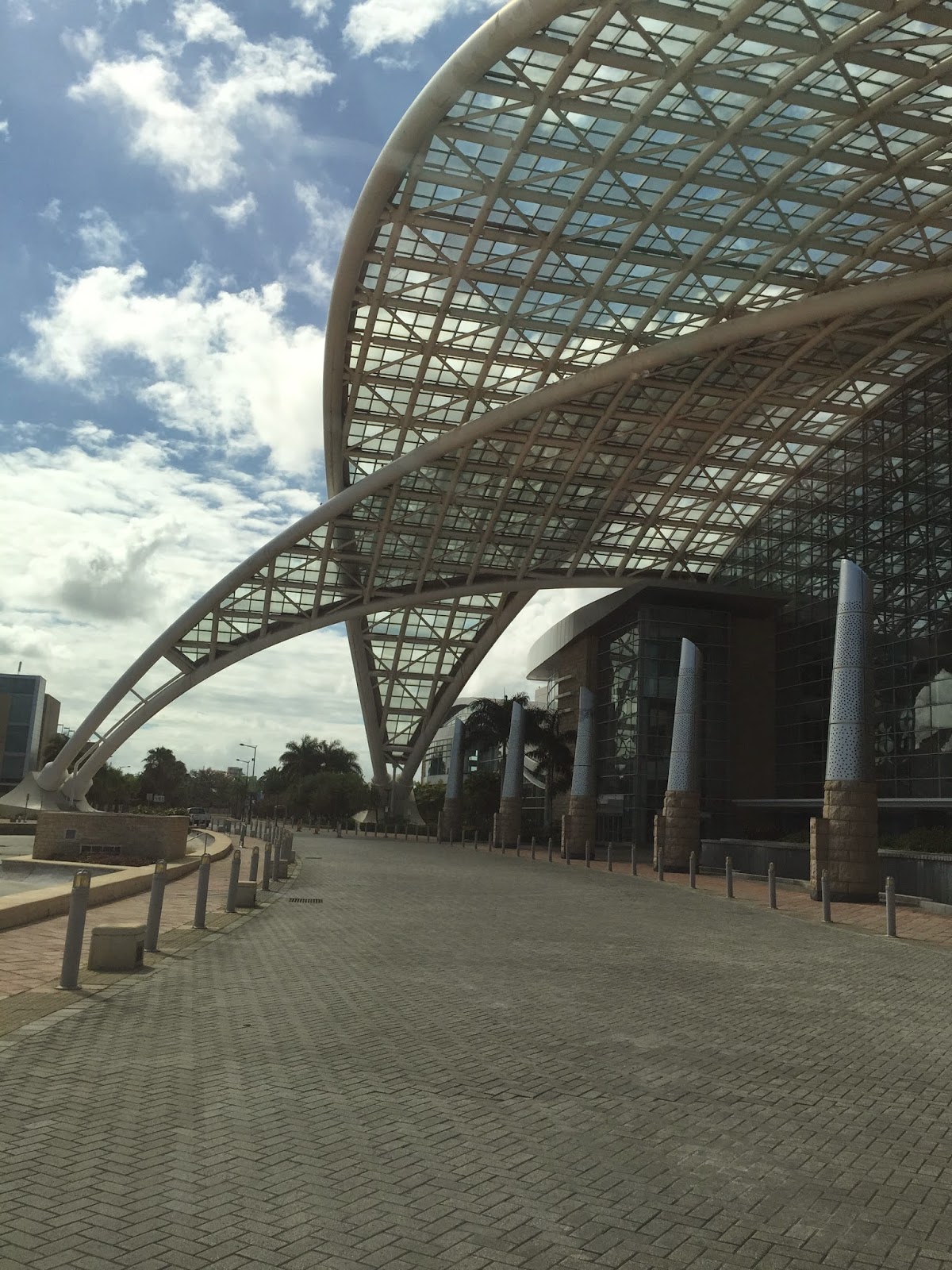 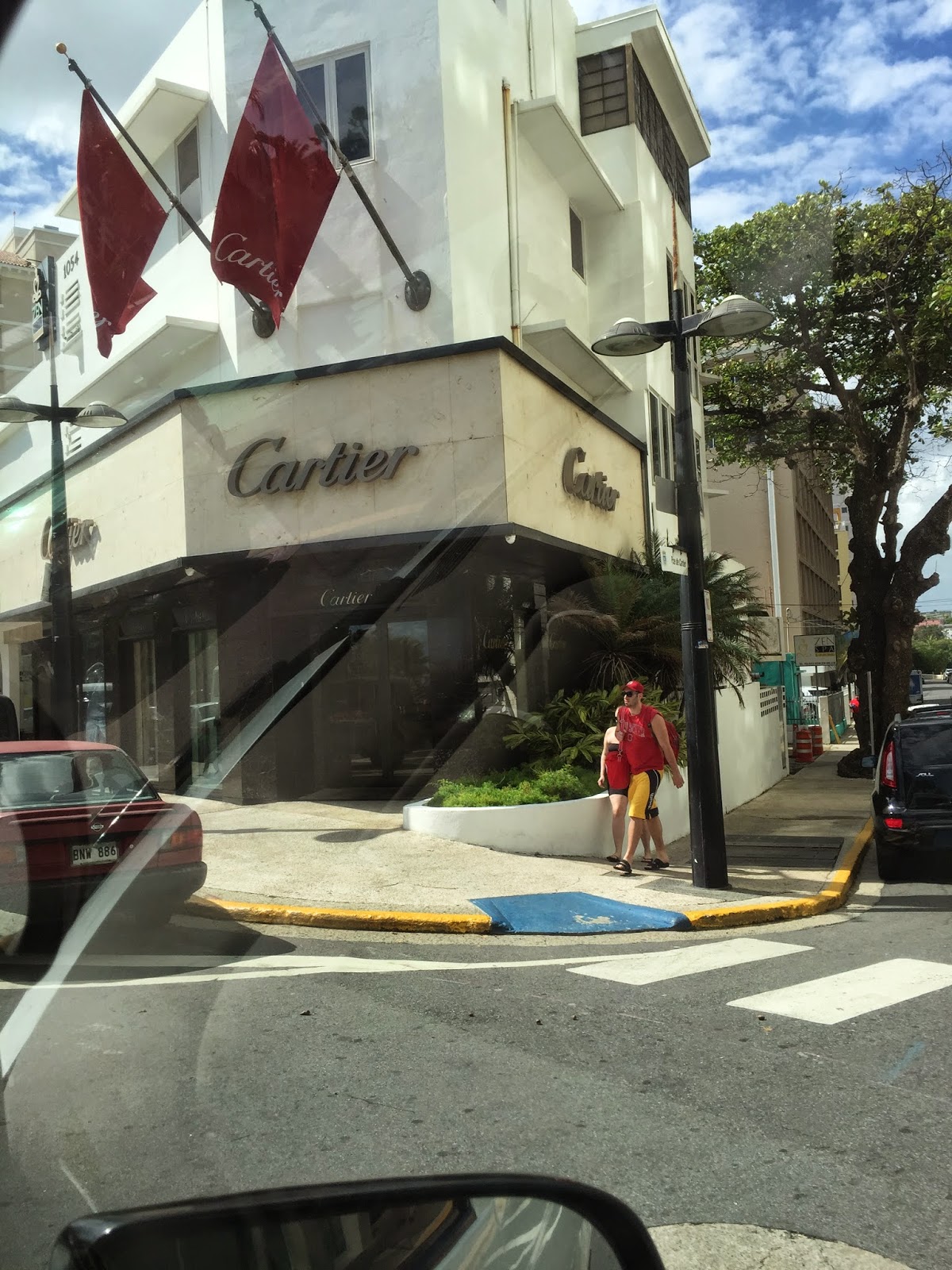 A big supermarket advertising the sales 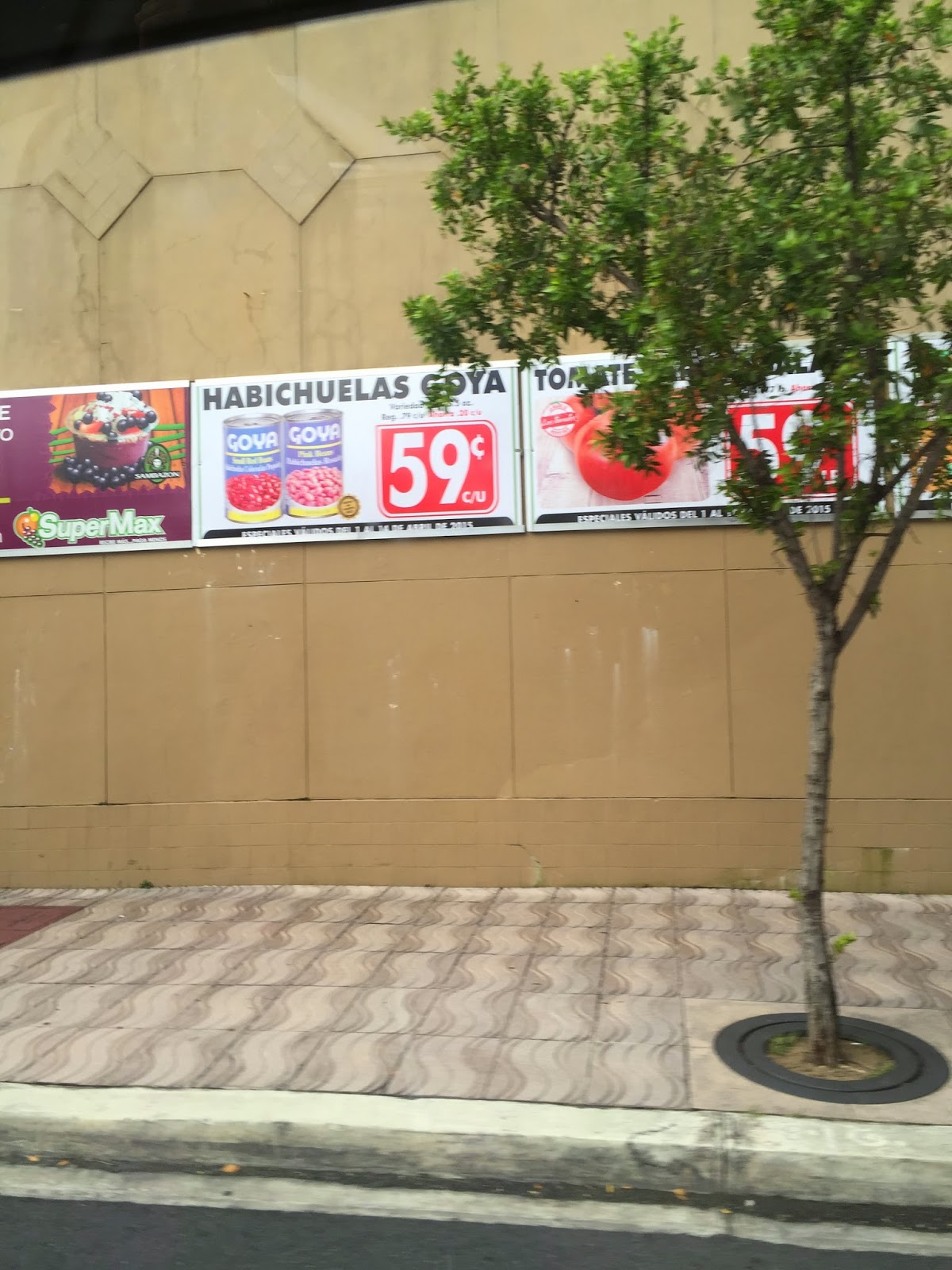 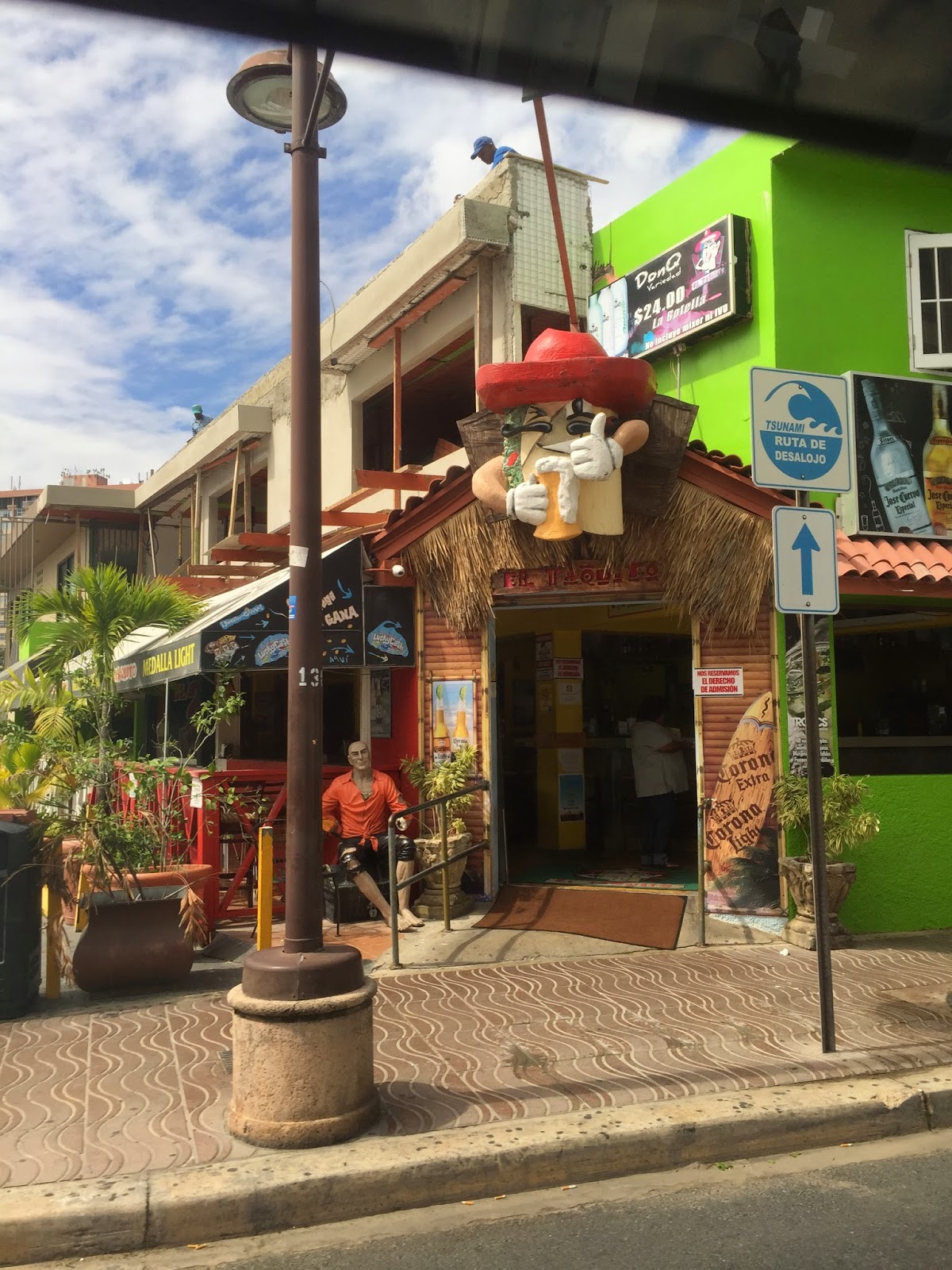 A view of the watching dog rock formation.
We heard the backstory from our taxi driver. 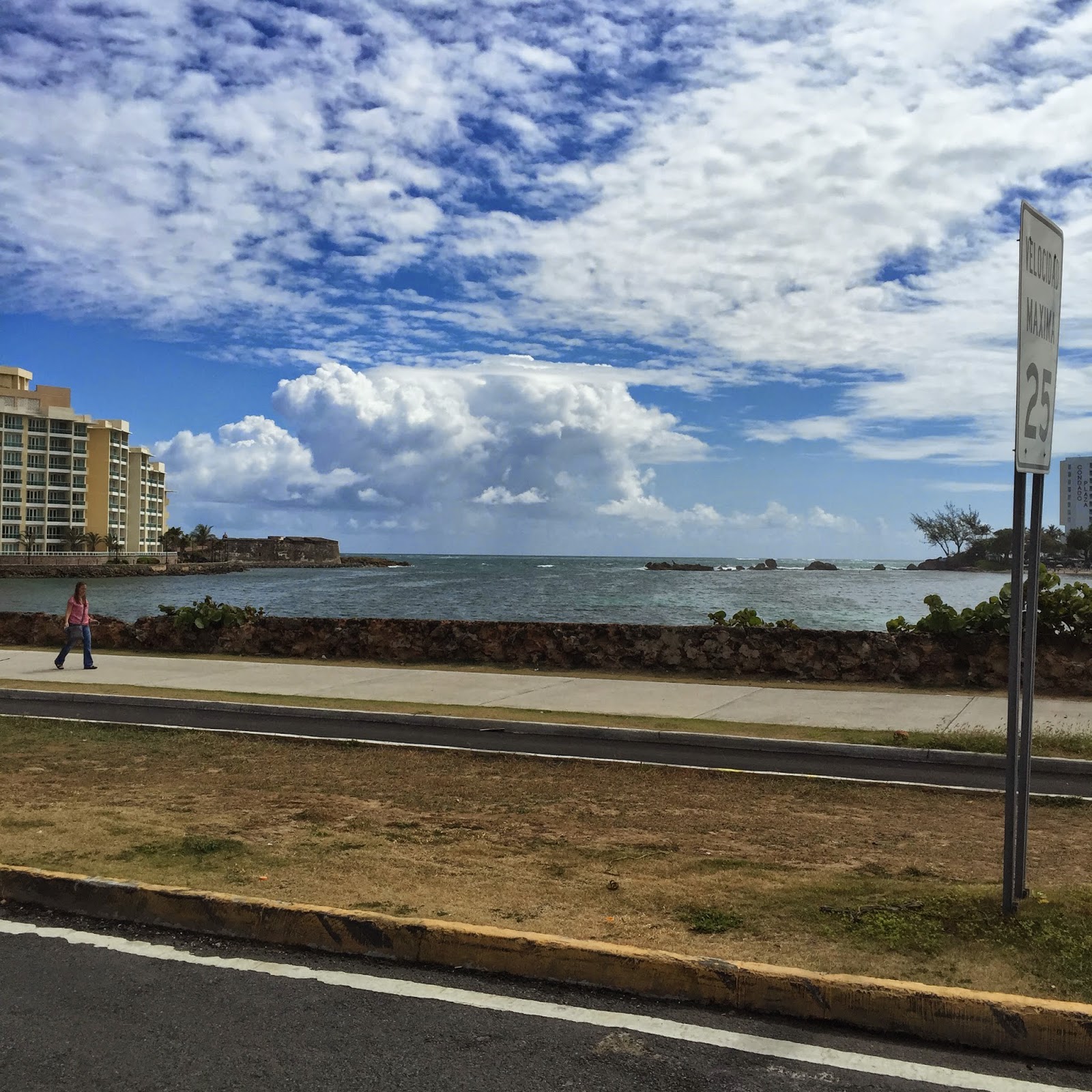 The beach for the locals inside the modern city area 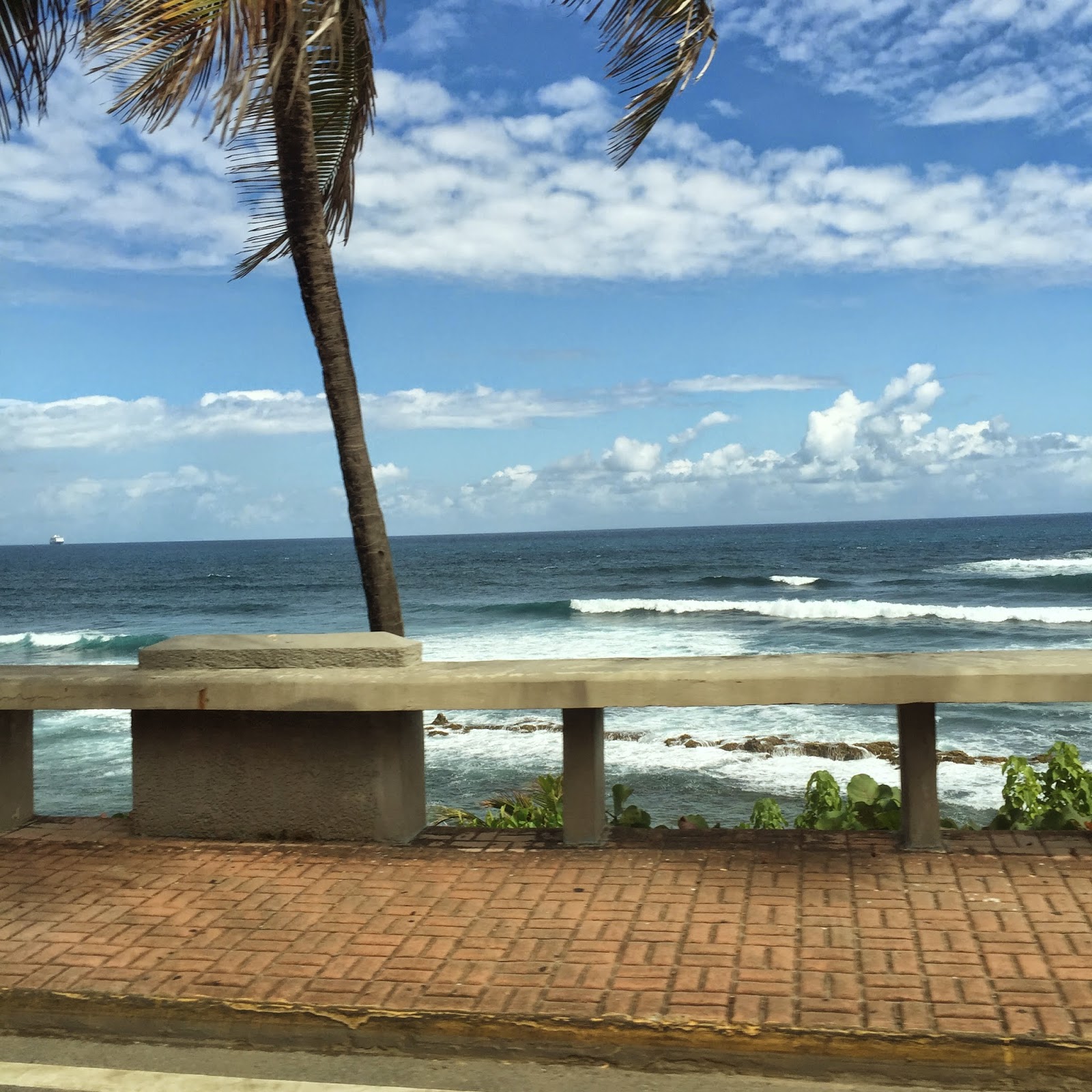 We had a full day in Puerto Rico and this was the initial two hour tour we took with a hired taxi driver.  I will continue  Puerto Rico as a part II where we explored ourselves later on foot,
next post!

Joyful said…
Wonderful series of photos. Puerto Rico looks like a great place to visit. I love the sea horse sculpture. As a child, the sea horses fascinated me. I used to see adverts at back of magazines to buy dried seahorses that "come to life" when you add water. I never did buy them. They came from far away, exotic places; probably Florida which in those days was very exotic to me with all their different birds.
April 24, 2015 at 3:33 PM

Minoru Saito said…
Hi! Nice collection of beautiful photos. The seahorse photo is very cool. Thanks for sharing.
April 25, 2015 at 3:52 AM

Patty said…
I love "going along" on your travels, Jeanne! The story of the dog was sweet, too. Great post!

Betsy@My Salvaged Treasures said…
Thanks so much for taking us along on your tour. I'd love to see the inside of that narrow house, it must be so interesting. Love those cobblestone streets!
April 25, 2015 at 10:21 AM

Beverley Baird said…
What a beautiful place - so many wonderful photos, so many great shadows. The ocean looks lovely indeed.
April 26, 2015 at 7:27 AM

Paula Scott Molokai Girl Studio said…
Beautiful place! Can you imagine the pirate raids that would occur regularly? The fort and the walls is what made me think of that.
April 26, 2015 at 5:16 PM

Such a fabulous trip! I can't imagine a BLUE ROAD; how wonderful! Isn’t it fun finding blues to share? Thanks for playing today.

Please come back and tell me what you think of my Blue car post.

Annesphamily said…
A beautiful mini tour and fabulous photos of your trip. Thank you so much for sharing. Have a wonderful week.
April 27, 2015 at 3:26 PM

joyh82 said…
Love the sculpture of the seahorse and all the wonderful photos! Beautiful places, hope to get there one day.
Joy @ Books and Life
April 27, 2015 at 8:01 PM

NCSue said…
We were on a cruise this year and only had 4 hours in Puerto Rico. I did a horseback ride in the rain forest. Next time I need to do the old city - it looks glorious!
Thanks for linking up at http://image-in-ing.blogspot.com/2015/04/french-corner-bakery.html
April 28, 2015 at 9:31 AM

Oh My Heartsie Girl WW (Linky) said…
What a beautiful collection of photos of our trip, I love these, as its like taking a mini trip to other countries when I visit!! Thank you for sharing!!!
April 28, 2015 at 9:59 AM

Karren Haller said…
Wow I love all the architecture, it is amazing!!! Thanks for sharing on Oh My Heartsie Girl ww this week. Hope you enjoy your day!
Karren
xoxo
April 29, 2015 at 11:09 AM