A Caching Kind of Day

February 01, 2016
I always enjoy attending a caching event.  It's fun to catch up with new and old(ish) friends and share tales of our adventures while out geocaching.   Yesterday the event was held at the Thirsty Marlin in Palm Harbor. 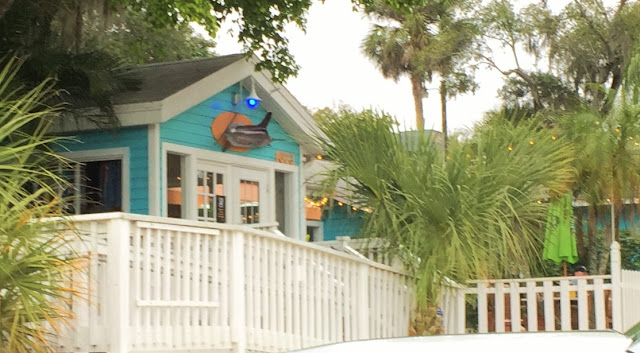 A photo of one of our hosts, was
Wild Rice (her geocaching name)!  She co-hosted with Gray Wolf, her husband. 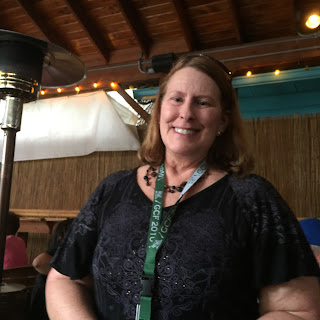 For the uninitiated, geocaching is a world wide GPS game where we are hunting out hidden containers that hold a log book and sometimes fun objects like coins, toys, etc.  Once you find the container (cache) you sign the log book as proof and then enter your find on the website. It's really a lot of fun.


Here are some of the guests and there were perhaps a dozen more I didn't get.  The groups are usually small and
very friendly. 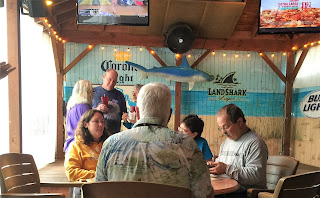 One of the guests was able to claim her 2,000th find here today!  It puts my paltry 315 to shame as I have been involved since April of 2009.  I didn't look for any caches though for five years during that time, so technically I claim only two years of active hunting.

Later I was inspired to look for a couple on my way home.  I was loaded with opportunities, there are literally thousands of hides in our area, over a hundred just on my drive home.  But I hit the mother lode of caches!  First though I stopped here: 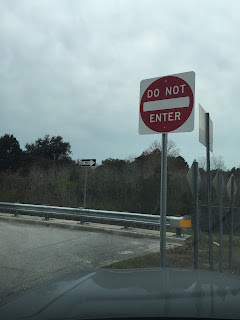 It looks desolate, but really it isn't.  I entered on foot and found a cache hidden on the back side of the guard rail.  It's a favorite hiding spot for cachers.  Usually they are magnetic and can be anywhere and are notoriously hard to find.  This one was in the curve, in the little shelf area they all have and I found it almost instantly.

I had time for one more before it got dark.  As a lone person out caching I don't do night caches just for safety reasons unless it is a parking lot that is well lit or something.

I stopped  at my second place approximately where my GPS said it was and looked at the plain front of the restaurant.  It was closed but clean and pretty bare of ornaments out front.  Just benches and a large white box type bench.  I looked everywhere and could not find it.  I tried opening the box several times after looking at the comments where people noted it was such a large cache.  Finally,  after hunting for fifteen or so minutes, I tried again, this time pulling on the side instead of trying to lift the top and out slid a massive treasure chest! 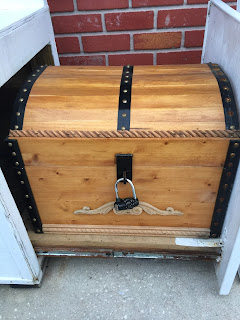 I was so excited!  This is by far the largest cache I have ever found.  It was locked however, but I looked at the hint on the website and the clue was "Found".  So I turned the lock to read "found" and it unlocked a treasure! 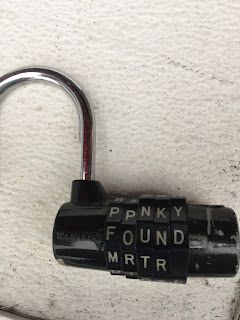 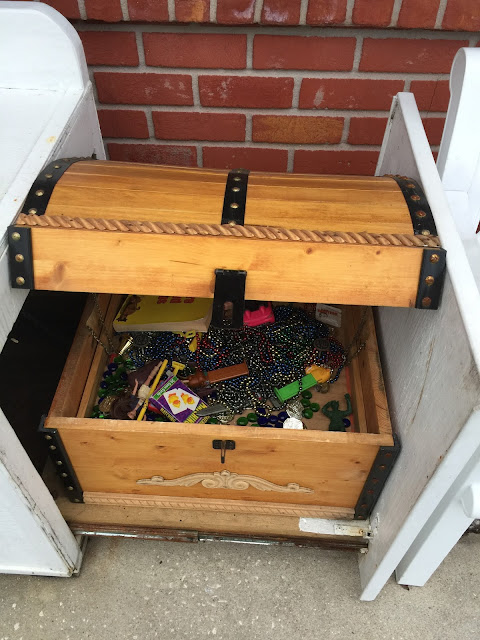 I had already pulled out and signed the massive log book when I took the picture.  It alone, was very cool!  A real looking ships log. 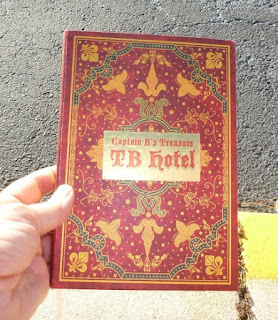 There were, in addition to the usual swag, larger toys and several travel bugs.  (special items you pick up at one cache and leave in another.  As they travel you can watch them on line as people log them when they move them).

I signed the log book and put it back, picked up two "pieces of eight" and left a little prize of my own.

It was harder to relock the thing and I tried and tried and finally left it, hidden back in its hiding place but unlocked and went back to the car.  It was getting dark but I just couldn't do that, so I went back over to it and played with the lock forever until it locked tight.  Whew!

It was fun to find the Pirates chest on this particular weekend when the Gasparilla festival was in full swing in downtown Tampa.  I don't go because the crowds are horrible, but I felt like I participated in a small way anyway.

What fun! My nephew participated in geocaching. He even found treasures when he traveled to Scotland.

Thanks for playing today.

Sallie (FullTime-Life) said…
Yo ho ho, the Pirate Life for you! Nice find. Congratulations. That hobby sounds like fun. I always pictured it as a solo activity not ever a group get together. It would be fun to have both ways.
February 1, 2016 at 6:51 PM

Annesphamily said…
You are always having a lot of fun. Enjoy all your activities and enjoy this week and new month too!
February 2, 2016 at 12:23 AM

camp and cottage living said…
I'm coming over from Lavender Dreams blog. So nice to meet you!
This sounds like such a fun pastime!
February 2, 2016 at 9:20 AM

Amy at Ms. Toody Goo Shoes said…
I'm not really familiar with geocaching, so thanks for the explanation. Sounds like lots of fun!
February 2, 2016 at 9:14 PM

Isabelle Esteves said…
Hi Jeanne, great post. It sounds like a lot of fun. Two other things. !. lots of ex-Bubblers are at MyLot, a really fun site. I hope you join us there and 2. I am in Florida at our home in Ocala. I was wondering if we could possibly meet up for lunch or something. I met up with a Bubblews friend who was here a couple of weeks ago.

Pat @ Mille Fiori Favoriti said…
I never geo-cached, but I know a blogger who does and he always enjoys the search and find of it! The pirate chest you found looked like it had some fun goodies to enjoy. I saw photos of the Tampa Pirate day on another blog--looked so elaborate and fun, but as you said such large crowds.
Thanks for your visit and comment
February 3, 2016 at 11:28 PM