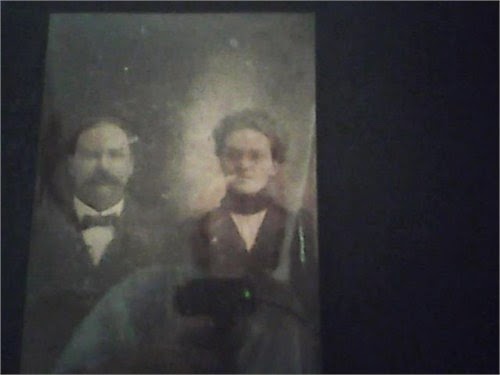 It was not marked and was just an unidentified photo in a book.

Since I have been doing genealogy I have studied these people in the known photographs and when I came across this one, I knew who they were.  I knew almost immediately as Elizabeth looks so much like my mother, at that age.

I have an older photo of William out in front of their sod house with my grandmother, their oldest daughter.  He is hard to see as he is wearing a derby hat but just putting two and two together, plus the mustache which he wore in his Civil War Uniform photo is the same.  He looks kind here, not as rough as the later photo, not quite as handsome as the earlier one.  But it's definitely him.

As soon as I can locate those other photos.....I'll post them.

Found this one of him - the rough one! 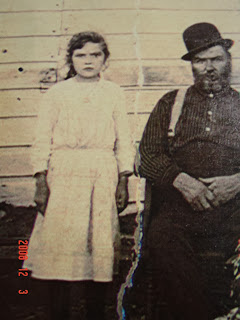 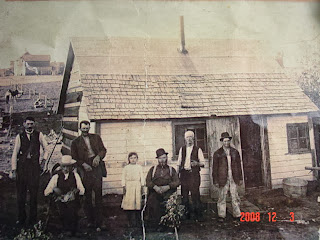 Cheapchick said…
Very cool to have such old photographs and now know who the people in them are. You need to share it with your entire family!
March 6, 2015 at 12:48 PM

Patty said…
Wow! Great-grandma DOES look exactly like our mother!!!! I don't remember seeing pictures of William McDougall - I hope we see more!! Thanks Jeanne for all your hard work on finding these!!!