September 01, 2011
I had been out all afternoon.  Mom and I  had completed a lot of errands.  We had been shopping, to the hairdresser, out to lunch and made several stops.  I realized, after we loaded up the car with items from Wal-Mart that needed refrigerated, that I still had to pick up a reserved book at the library.  Well, it wasn't going to happen in the Florida heat.  I didn't know then I was about to learn something new about the Florida Heat. 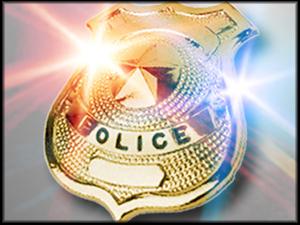 I  took mom home and jumped into the truck that I left parked alongside her house and wheeled it around the corner in my haste to get home.  I felt like Bo and Luke as it slid a bit, but I was in a hurry to pick up Bill and get back to the library before it closed.  They close at ungodly hours here...some days as early as four in the afternoon!    As I skidded into the driveway I noticed a police car driving down the road.  I watched in the rear view mirror to see it go by but it didn't.  I'm flummoxed because I looked around both sides and I didn't see it anywhere.  I looked as suspicious as heck. 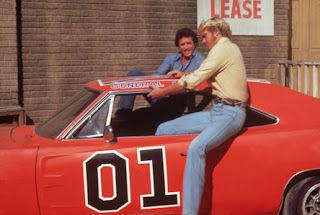 I was hot and sweaty and I didn't want to go in to get Bill, I was calling him to see if he wanted to go with me since today was the first day I had driven the truck and I hadn't done so well taking it around the corner and back.  I felt I needed a lesson or two before taking it out on HWY 19.  As I was listening to the phone ring I completely craned my head around and saw the officer walking up to the truck.

"Is everything OK?"  He asked.

"Yes." I replied like a dolt, wondering how he could possibly ticket me for reckless driving in my own driveway.

"Who are you calling?"  He inquired.

I babbled about shopping with mom and being too hot to walk in....he interrupted and said "There was a 911 call from this address."

I jumped out of the truck and raced to the door as fast as my injured heel would let me (and that is not fast.  I was slower than Rambo, our tortoise) saying "My husband is a heart patient!!"  I burst in the door and yelled "BILL!!" 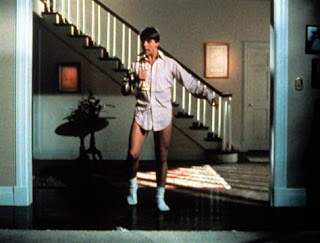 He comes around the corner, I swear just like Tom Cruise but with the phone in his hand instead of a microphone....only he didn't have the shirt and socks on.  Just the underwear.  He said "Whaaaat?"  Then he spotted the police officer behind me.  His face was a sight to behold!  I have to admit though he looked pretty good in his underwear.

It turned out he hadn't called 911.  The officer left quickly, mumbling something about our living close to a cell phone tower ( Huh? )  and I quickly called my sister Janet, the last person to live here, to see if she had called 911.  I thought it might have reported her former address as her current address.

Unfortunately, I got her boyfriend again!  I keep forgetting to correct her number.  He did clear up the mystery.  In a most distressing way.  He laughed and said that happens all the time.  "Hahahahahaha" he laughed merrily..  (I'm not laughing).  He said while they lived there probably that happened once a month.

"What??" I gasped.  It flashed in my mind that we have lived here one month today.  His timetable was eerily accurate.  "Sorry!" he said and I apologized for having called him once again.  At least this time it was at a reasonable hour.

If he is right, apparently these guys are going to be our new best friends. 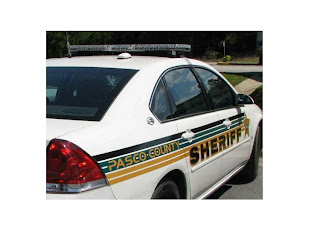 Alittlebitsheepish said…
Funny that Bill was caught in his underwear by the cop, but I suspect the regular visits might get annoying! Also tortoises are super, Rambo is a great name :)
September 2, 2011 at 4:45 AM