A Hike in My Backyard

It isn't far, one house down...just turn the corner and there is a path into the woods.  Today, after living here for almost nine months, I ventured in. 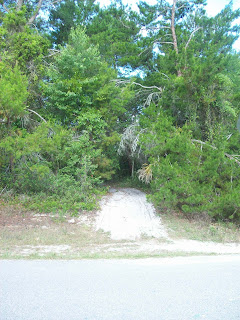 My sister Patty and Bro-in-law Wayne were my guides. 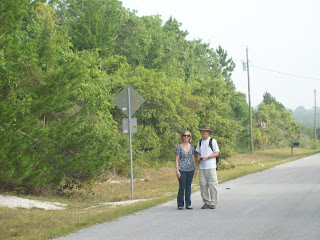 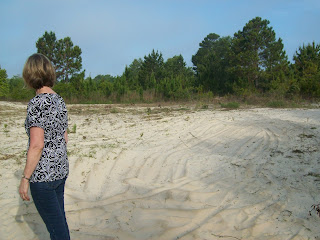 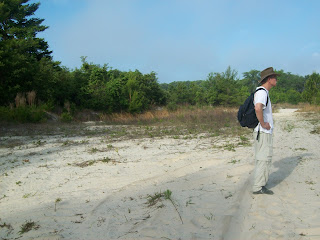 This brave soul never gets lost.  Patty and I were turned around not long after the first stop! 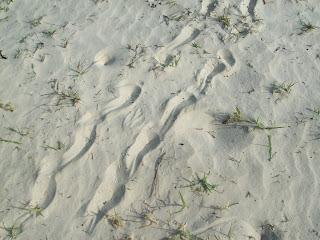 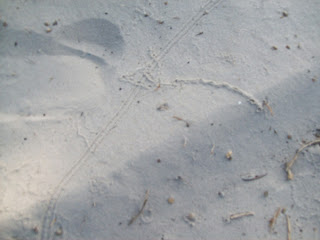 I forgot what he said these were, but in the middle there was some sort of skirmish. 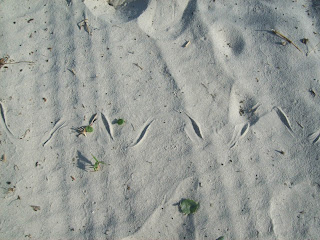 Snake tracks from one side to the other.  Can you guess which way the snake was going?  Wayne knew.  Right to left. 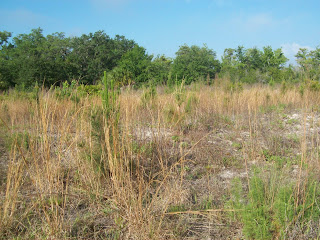 There was more vegetation as we got closer to the canal 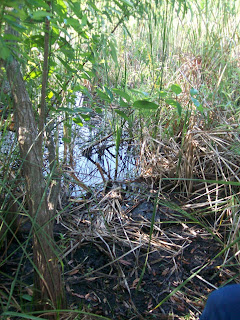 An entrance through the vegetation to the freshwater canal.  I was waiting for an alligator to run out at us, if you open the picture big...you can see the eyes.  Just kidding.  We didn't see one.  However, Wayne did see a 12 footer a few days ago. 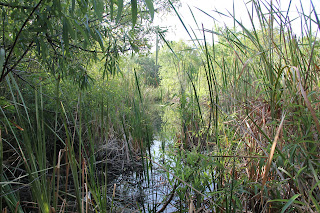 A better view down the canal 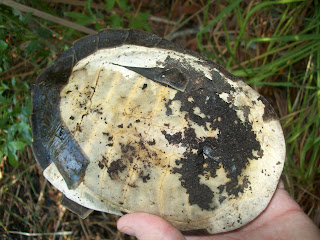 We found this turtle shell.  It's a turtle not a tortoise.  This one is much smaller than our tortoise.  The scales were thin and as I walked the wind blew them off.  I jumped a foot the first time this happened.  A few spiders crawled out but I made short work of them!!  I brought the shell home for my garden.

Then we hiked a couple of hundred yards on to the pond.  I was so surprised at how large it was. 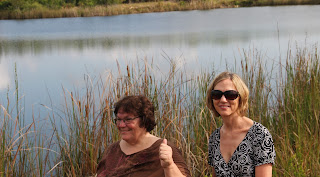 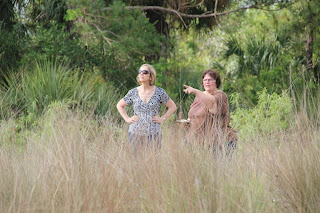 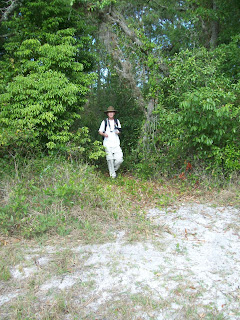 Wayne was the last one out of the wood...he lingered behind to find a snake to show us. 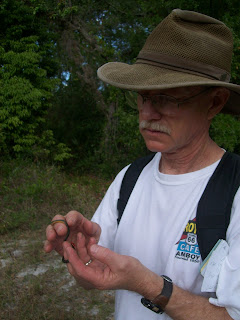 It's tiny but mighty. 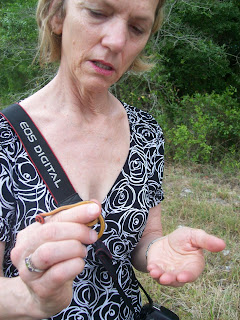 Quite colorful.  Wayne assured us it didn't bite. 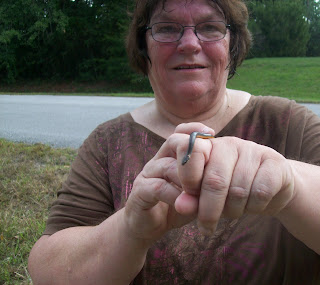 We all held it.  Patty worried I had gotten sunburn.  I said no...just exertion.  But later I discovered it was sunburn as well.  We should have gone an hour earlier when it was a bit foggy and misty cool.  I also should have worn a hat!

I took a quick video to show how wiggly it was.  Too bad I held the camera sideways!

We walked to the canal and then the pond.  Then back to the road where Wayne found the snake.  It was about an hour but only because I was slow and I made everyone stop and rest often.  Ummm, just about every time I found shade.

Dee ⚜️⚜️⚜️⚜️⚜️ said…
Oh wow that must have been a fun hike. That is a cute little snake.
My husband and my boys are big hikers.