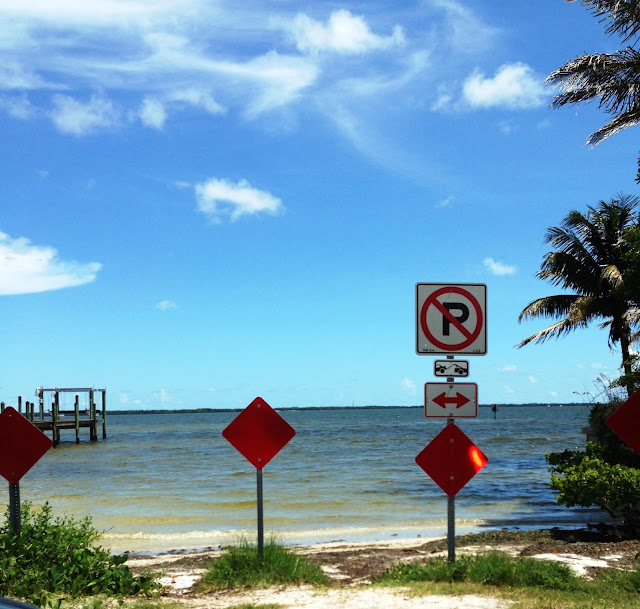 Pine Island was one of those places.  We had been to Sanibel Island the day before and now was excited to explore Pine Island.  We took the long, long scenic route there driving a little over an hour.  We crossed the bridge in the center of the Island and drove to the northern part, 8 miles up and found all private beach areas except one pier that charged a large fee to fish from. We turned around deciding the other end of the island was where we could find shells.  We drove 16 miles south, the full length of the island to the southernmost point and discovered there were no beaches here.  No shells, no restaurants, no shops anywhere except the most mundane in existence.

Later we found out Pine Island is unique in that it is one of the last of the Florida Islands zoned agricultural. Which explained the miles of palm tree orchards.

You win some, you lose some.

Anonymous said…
Still fun to explore the possibilities! :-) It has been over 40 years since I've been to Sanibel Island and the area. Visiting from Ruby Tuesday!!
July 2, 2013 at 3:04 PM

Magical Mystical Teacher said…
Great red signage--and thank you SO MUCH for turning off word verification!!!