I have a few days in between traveling and wanted to jump in and post.  I have so many things to show and tell!

How cute is this?  We went to Mount Dora in central Florida as part of a extended weekend and I spotted this trolley just as we were leaving.  The train was under renovation and so we will be going back when it's back in service.  Now this cute trolley will be on the list of things to do! 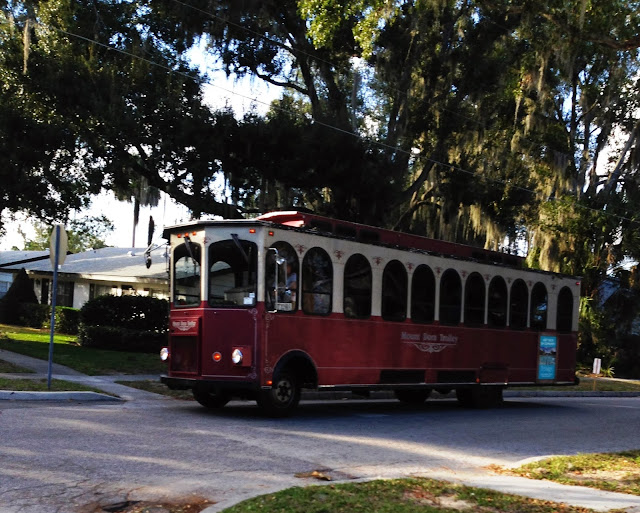 Mickey's Christmas Party was one of our destination's.
The whole Magic Kingdom was lit up festively!  All the trees in the park were lit up red and green!
These were in Tomorrowland. 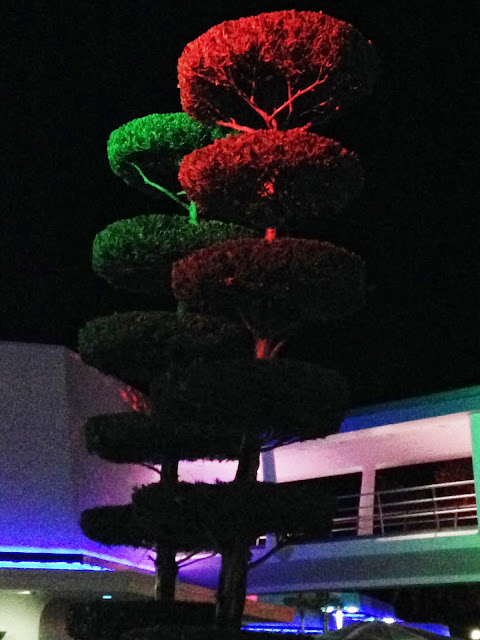 The Grand Floridian needs no decorating as it's already Christmassy with the red accents and green lawns and trees but the masses of poinsettias everywhere were simply beautiful! 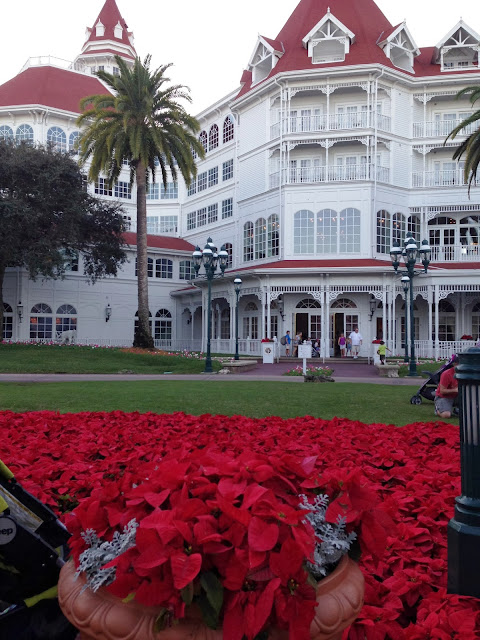 Our trip ended with lovely fireworks seen from the Grand Floridian across the lake.  See the tiny purple dot?  That is Cinderella's Castle!  We were surprised to see how far away the fireworks were from the castle.  We had almost as good a view as we did in the park. 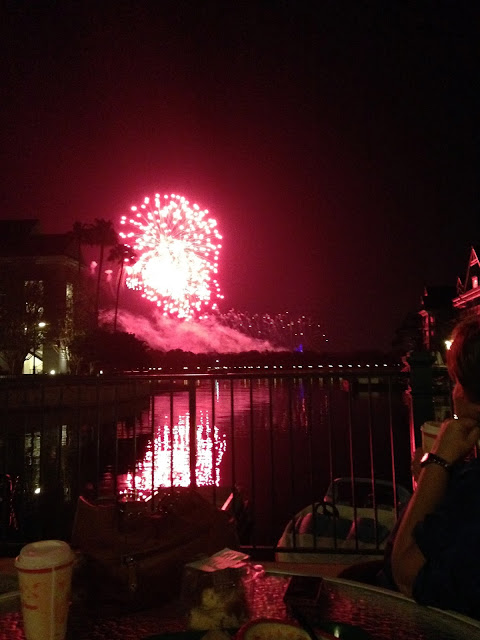 Leovi said…
Wonderful photos! I love these lighted trees, catch with exquisite beauty in all!

~Lavender Dreamer~ said…
You really feel special living here when you get visit Cinderella's castle! It brings out the little girl in all of us...the Princess! What fun!
December 10, 2013 at 5:23 PM