June 01, 2012
We have had a successful beach day, but it  wasn't today!
We brought all the arsenal.  Three beach umbrellas, the cooler, a picnic lunch, chairs, boogie boards, towels and a multitude of smaller personal items.
We trooped over the bridge in happy anticipation 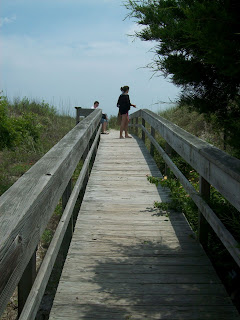 When we crossed the footbridge over the dunes, the winds were at 14 MPH and the waves were four feet high and coming in one after the other.  The beach was peppered here and there with people but only one or two who braved the rough seas and went out for a swim.
The winds made the boogie boards hard to control... 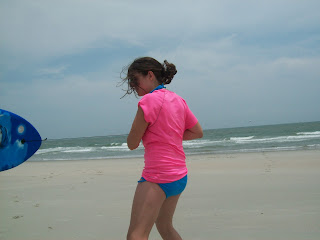 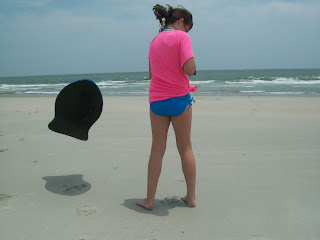 The umbrellas were carefully set up, tee shirt rippling in the wind.  It only lasted a few minutes before it turned inside out several times.  It was quickly returned to the case and we decided to forgo the shade in favor of lunch. 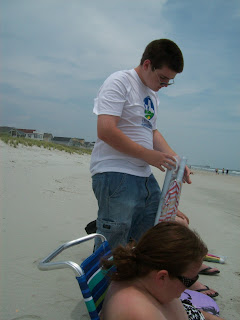 Sandwiches were hastily made and handed to those sheltering from the blowing sand .... 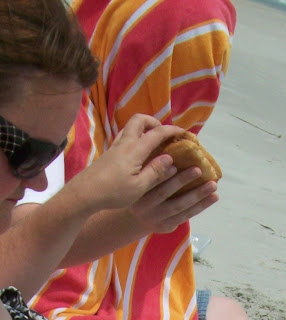 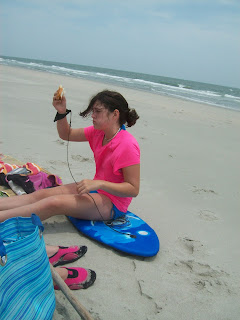 And there were those who clearly wished they were anywhere but here today. 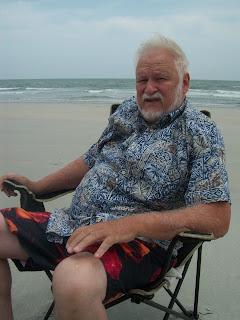 So after we finished lunch, we all looked at each other and decided this was a Beach Fail.
We packed up the umbrellas, chairs, cooler, boogie boards, etc, etc. and trudged back across the bridge and went back to the rented condo where there was a nice clean safe swimming pool sheltered in a sunny area, with the high rise condos blocking all wind.


So, we left the umbrellas, cooler, chairs, boogie boards etc. etc. in the car and had a wonderful afternoon after all floating around on noodles and sunning ourselves on poolside lounge chairs.

Makin Memories Of Us said…
Thanks for coming by my blog..

That is a beach fail! I spotted a pink and orange towel in one of the pictures, we have the same exact one.

That must have been some wind.

Ivy and Elephants said…
Sorry about the beach fail, but it seems as if you took the day and saved it after all. No harm, no foul.
(Except for the SANDwiches!) LOL
Patti
June 3, 2012 at 4:55 PM

Anonymous said…
Sorry about your beach fail...Mother Nature does not always cooperate. It sounds like you ended up having a lovely time by the pool, and more important, you were spending time together! :-)
June 3, 2012 at 6:40 PM

Heather@Tatter and Fray said…
Sometimes you just can't fight Mother Nature! :) The beach looks lovely, though...I hope you get a chance to give it another try.
June 4, 2012 at 11:42 AM

Tami Michel said…
Oh no! Definitely give it another try! Thank you so much for linking up to our previous Friday Block Party at Curb Alert! I would love for you to link up again this week and look forward to what you have to share, the link is up and running all weekend.
http://tamicurbalert.blogspot.com/2012/06/welcome-to-another-week-friday-block.html
Thanks! Tami @ Curb Alert!
June 7, 2012 at 10:19 PM