Showing posts from November, 2015
Show all

Fat Tuesday, A Great Bar and Restaurant in Cozumel Mexico 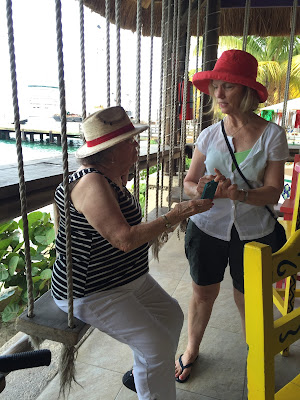 On our cruises we always forgo the meal on the ship and take in a local eatery on port days.  An open air restaurant and bar on the docks turned out to be a great place to lunch while exploring the shopping area.   We didn't go far this time in Cozumel.  Karan, Patty, Mom and I just enjoyed the atmosphere in the pretty village of shops right at the dock.  We chose Fat Tuesday for a silly reason... Swings were available to amuse those waiting to be seated.  Mom always seems to find a swing here in Cozumel.  On the last trip it was in a private garden. The wait staff were very helpful and had great suggestions.  The breezes off the water were wonderful on a hot September day! Karan and I were glad to sit and enjoy them. A pink flamingo caught my eye at the bar after getting over the shock of the pink wall! Our silly reason to choose Fat Tuesday was because of the colorful tables and chairs.   I mean, who wouldn't want to join the
13 comments
Read more

Traveling Down I-95 in Florida 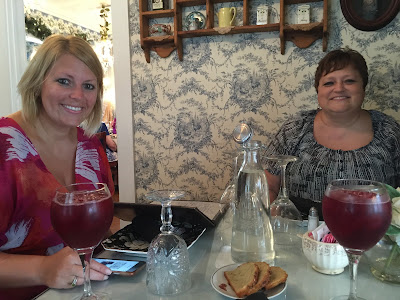 You'll want to stop for tea in Stuart Florida! It's an amazing tea room, not only for the decor but for the magnificent meal they call tea.  My sister in law, Kim (right) took my niece, Shannon (left) and I to tea while I was visiting last week. Iced Raspberry tea and tea bread were offered as we perused the menu. There were at least four choices for each course. I heartily recommend the Lobster Bisque It is the owners award winning recipe. The salad is healthy with cut tomatoes under the spinach but the dressing is not homemade, the only flaw we found with the meal. I ordered the chicken pie with a puff pastry crust.  It was served so beautifully!   Dessert was Kahlua Chocolate Cake A pot of tea was also served with dessert how could I have forgotten to get a photo of the scones? It's quite a change from the usual tiny sandwiches and miniature cakes that are usually served for the same price. The rooms are al
18 comments
Read more

Fall is Still Here, in my World 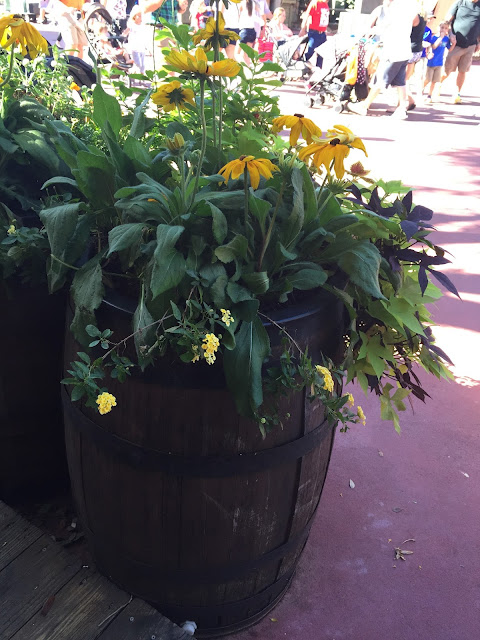 Disney World is now getting dressed for Christmas, but when I went last week, I enjoyed the Fall flowers tremendously. Black Eyed Susan's are a favorite of mine!   These were in Frontierland and I noticed them in front of me as I rocked in an available rocking chair on the wooden sidewalk Packed with shades of color!  I did catch in the photo (up in the corner), a glimpse of my rocking friend who was allowing her grandchild a nap in the middle of the afternoon.   A strolling band came by and began playing.  It was nice to have the time to really enjoy them.  The baby slept through it all.  Sharing with Monday Mellow Yellows Sundays in My City Our World Tuesday
7 comments
Read more
More posts
(adsbygoogle = window.adsbygoogle || []).push({ google_ad_client: "ca-pub-9738176789466243", enable_page_level_ads: true }); cookieOptions = {...};'