Showing posts from 2014
Show all

My Husband Passed Away 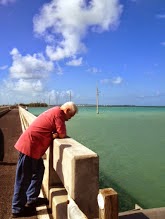 September 12, 1947 - October 30, 2014 It's still hard to believe and hard to write but my husband has died from the illness that no one could identify at the two local hospitals.   It wasn't until late October, after eight months of great pain and suffering, six hospital stays and releases without fixing the pain,  that they gave up and sent him to Tampa General Hospital  There he immediately received treatment to take away the pain.  They knew how to fix his problem of a leaky aorta but it was too late.  He was too weak and did not survive the surgery.   We chose to take him home to Dayton, Ohio and he was buried  with  military honors at the Dayton National Cemetery with family and friends present. We had a wonderful Celebration of Life at my son's home after the graveside services There was lots of joy, laughter and Bill stories told.   A film was shown of his life through pictures and music.  We were married 45 years ago in Concord, Californ
13 comments
Read more 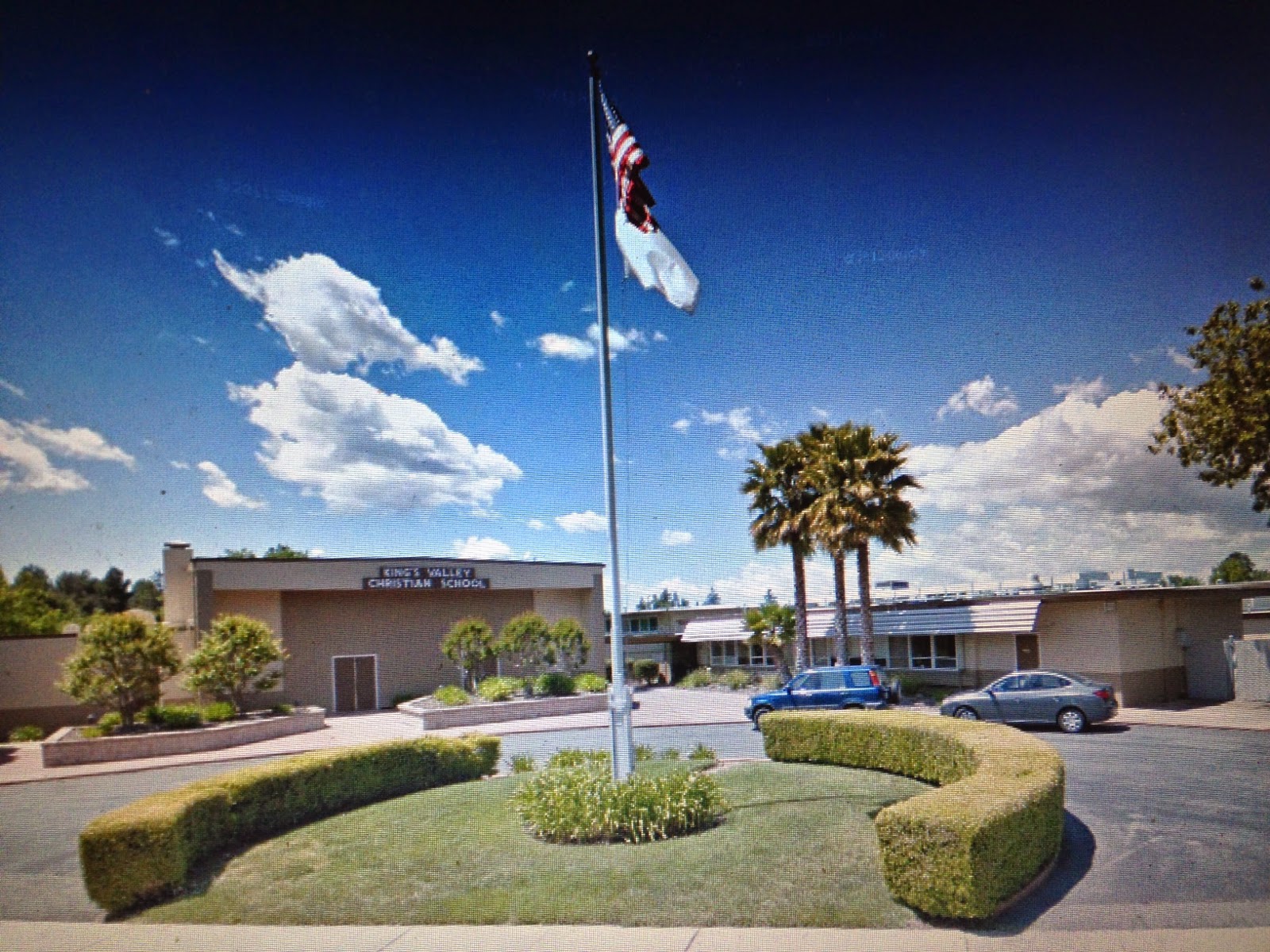 My first school was Clayton Valley Elementary in Concord California I attended school there from Kindergarten through 6th grade beginning in 1955 The principal's name was Mr. Gas the first 6 years.   Later when I was in the 6th grade we had a new principal, Mr. Martin.   Neither was feared by me.  Here is a view of the front of the school  that I have taken from the web It is no longer a public school, its now a private school and it looks nearly the same. I can well remember raising the flag here as part of the Safety Patrol team.  In back to the left the large building was our Auditorium and lunch room.  It was called the Multi-Use room.  We also had indoor gym and I remember learning folk dancing inside those four walls.  At the far end from your view here, inside there was a stage with a dark velvet curtain.  The tables for lunch were folded into the wall and brought down every day.  The Janitor had a large key to unlock it and then pull it out where it
8 comments
Read more 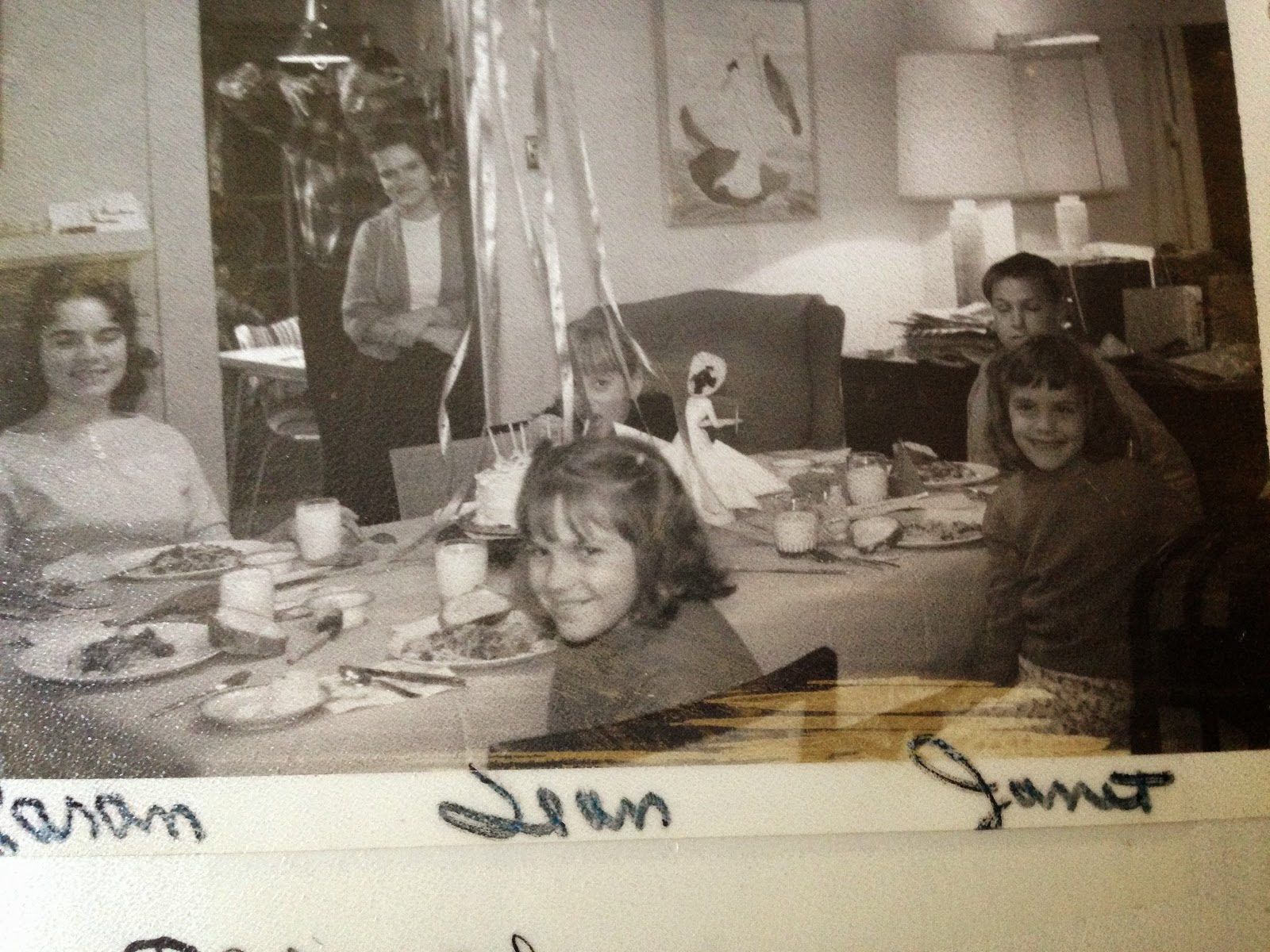 I have been invited to join a brand new blog party called  Memory Monday This is right up my alley!  I hope to contribute often. The first assignment was "What was your first memory?" This was not my first memory, but it reminded me of my first memory which was attending a birthday party somewhere.  There were a lot of balloons, decorations and a long table with chairsfull of children.  I was about two.  I have a photo and have often wondered if I remember because of the photo or not.   If I am only remembering the photo, I must choose a memory where there is not a photo.   I must choose it from the house we lived in but since I was unaware of age, my memory could have been anywhere from ages  two to four.  I have lots of memories of that residence. I can remember eating an openfaced mustard sandwich sitting in the open glass sliding doorway feeling the sun on my face.  I loved bread and mustard! I remember not wanting to take a nap and happily
7 comments
Read more 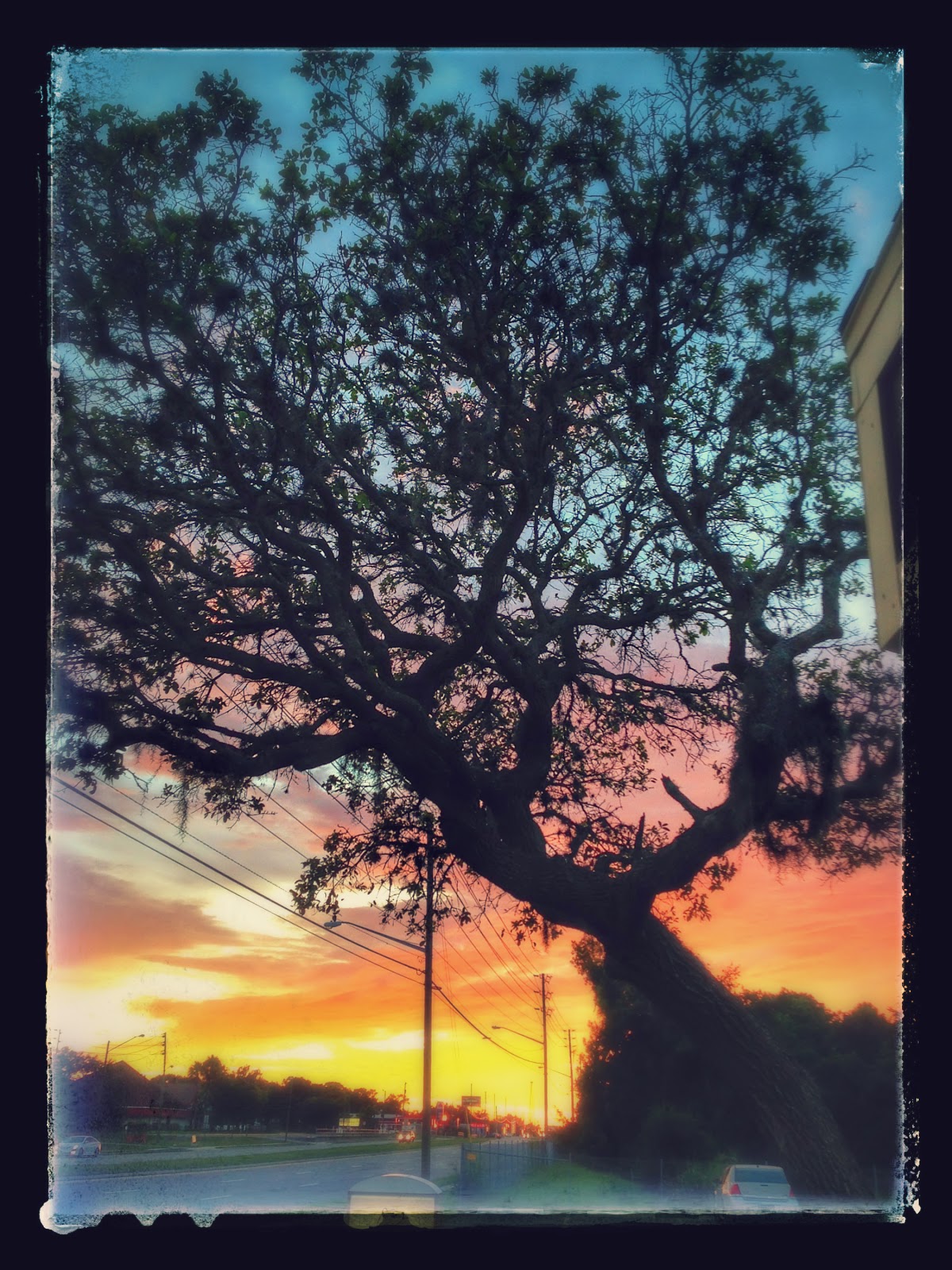 Sometimes I just need to share a particularly glorious fall sunset.  There is lot's of pink in this one!  This was a few days ago  Bill and I sat out in a gazebo and just enjoyed the colors against the silhouette of the tree. Linked to: Pink Saturday
4 comments
Read more 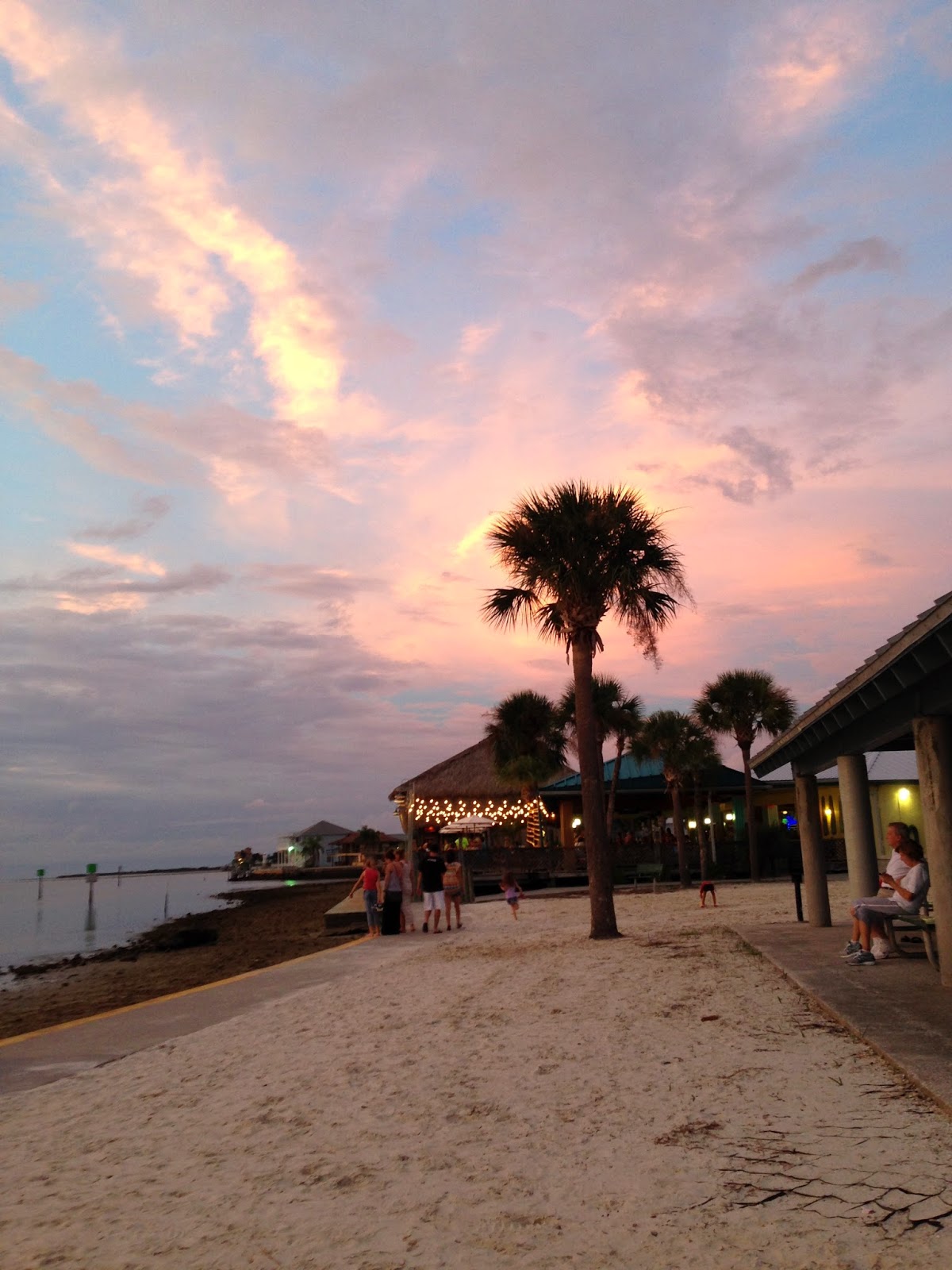 There is nothing like a beautiful sunset.  It's especially nice when you are on a date!   This last hospital stay we almost lost my husband.  He had begun bleeding out of an artery and had lost so much blood he almost died.  His blood was too thin from his blood thinner they couldn't do surgery right away.  They gave him unit after unit of blood all day and night until 3 am the next morning.  They went in and coiled off part of his kidney.  If he hadn't stopped bleeding, they were going to take the entire kidney.   The recovery was very slow and after two weeks in the hospital he had barely recovered enough to walk.  They sent him home too early. He developed so much fluid in his legs that on his followup doctor visit two days later, his doctor sent him to rehab.   Bill was in the rehab center for a week because he had so much fluid on his legs and feet.  He also need physical therapy to relearn how to use his legs and being able to move well on hi
9 comments
Read more

Where the Red, Red Roses Grow 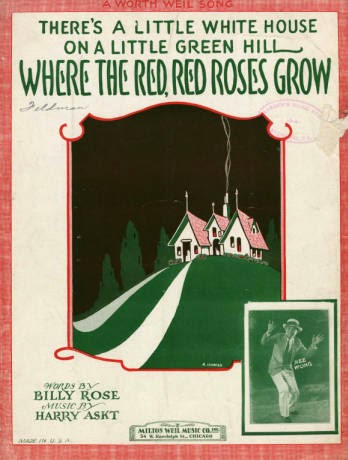 My mother sang this song to me when I was growing up.  I can remember  her coming in and sitting on the bed if I was restless and singing this song.  It was only later when I began singing it to my children that I wondered about it.  I found out it was a song her mother sang to her. When my grandmother was dying we gathered around her hospital bed and visited and chatted.  She had pneumonia but was in good spirits.  We talked about many things.  Questions were answered and one that I asked her, if she remembered this song.  I had made up a line for it because I didn't remember it exactly. She remembered it word for word.  She was 90 years old, the day before she died and she sang it to all of us for the last time. There is only one recording of it on Youtube. The song was published in 1926 just two years before my mother was born.  She was the last baby in the family so I wish I had asked about other "lullabies"  that she sang.   Here is the
3 comments
Read more 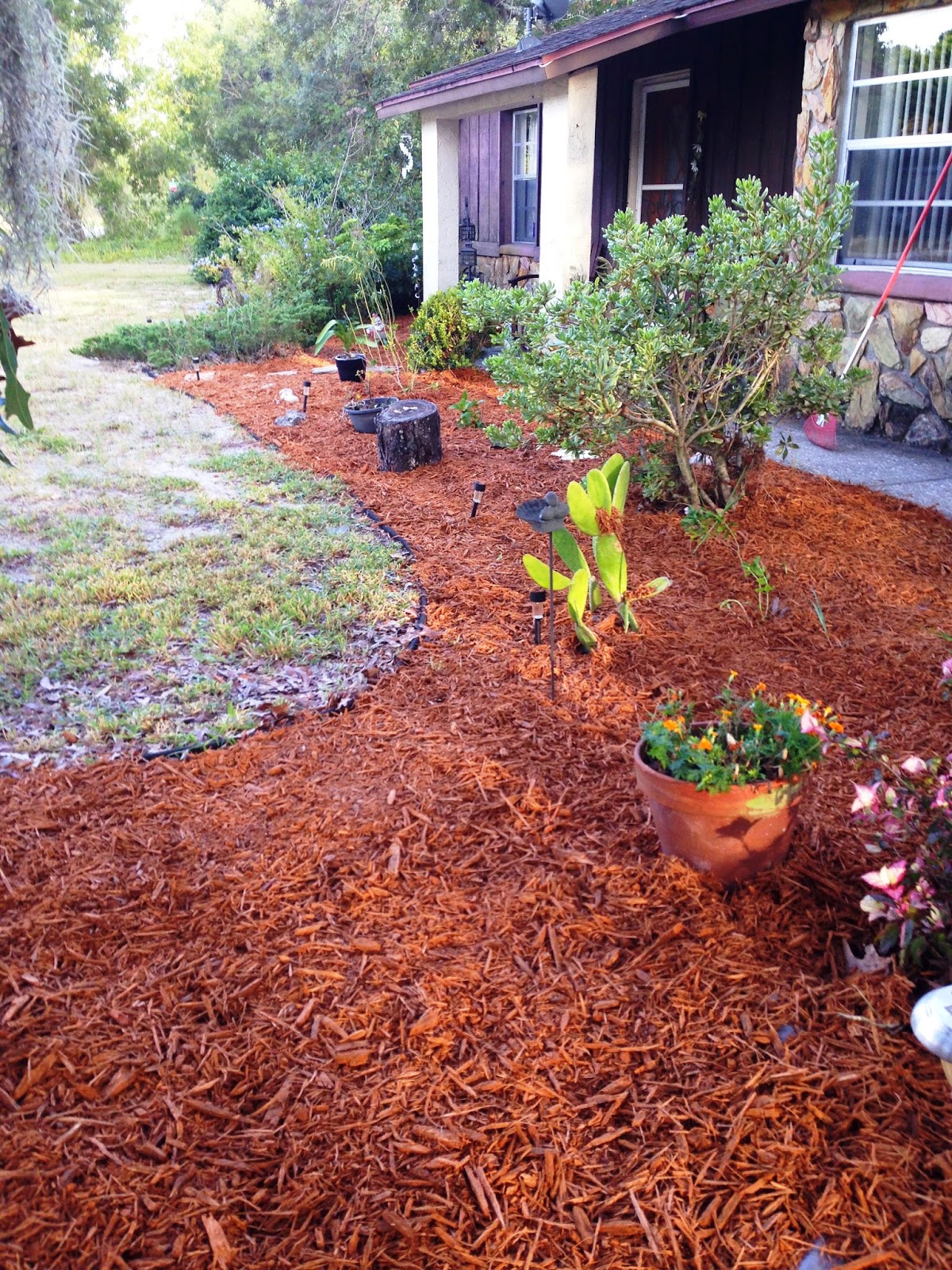 It's summer so landscaping is the usual order of things..except in Florida!  I really only intended to have the kid from around the corner come over and weed this area. We had purchased landscaping fabric to cover it up but hadn't decided on what to put over it, Mr. Me was wanting rock and I was wanting mulch made from cut up tires.  Both were pretty expensive. So I hired the kid to come and weed before I had some guests overnight but he never showed up.  Ten days later, yesterday he knocked on the door.  As I was describing what needed weeded I asked him if he wanted to lay landscaping fabric and pour mulch over it.  He was fine with that and said he would give it a go.  We settled on a price and I went off to buy mulch.   Normally I would have purchased plants first but needs must and I had the kid here working so I  decided that the plants could be placed later.  Lets just get it started.  For someone who was only 18 I think he did a
13 comments
Read more

By the Sea Summer Mantle 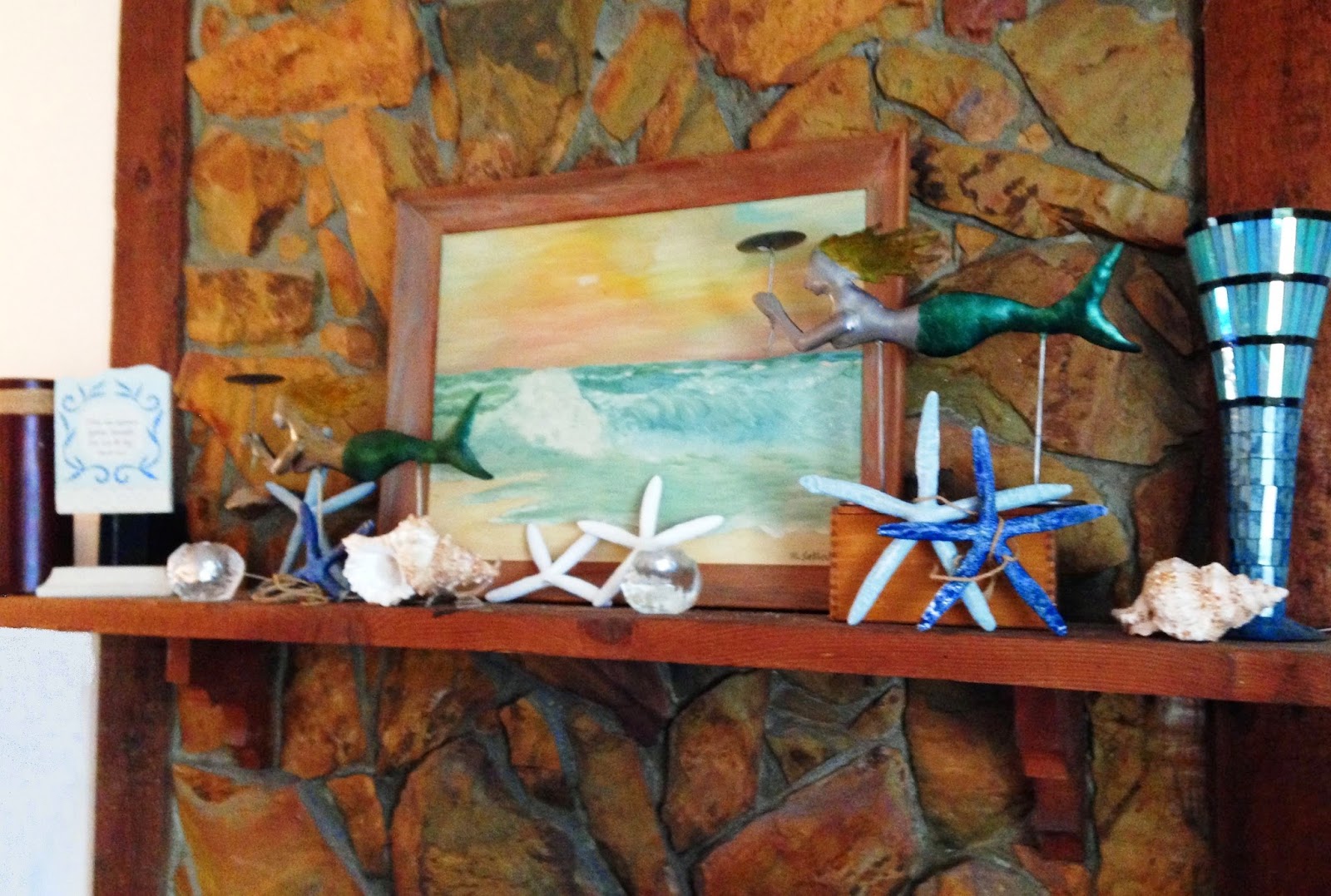 We live by the sea It's about time for a change of scenery in our living room.  With all the heat and occupation with other issues this summer the winter cowboy scene was looking pretty tired. With company on it's way I got busy  and  spruced it up and summerfied it!  Again my grandfathers oil painting is the feature to bring light and color to the dark rocks. I had a sea motif last summer with my mermaids and Grandpa Selleck's painting  but with different items. My mermaids are now surrounded with starfish and shells this time. The bubble candle holders are back  Mermaids are swimming into the painting  And swimming out. The Mosaic I picked up in North Carolina last winter was specifically purchased  for this and rests next to the pylon It reads:    The sea appears golden against the sun-lit sky I love seeing his signature on the painting.  My Gandpa Selleck was very special to me. The painting wa
7 comments
Read more

Where Did I Go? What Happened to Me? 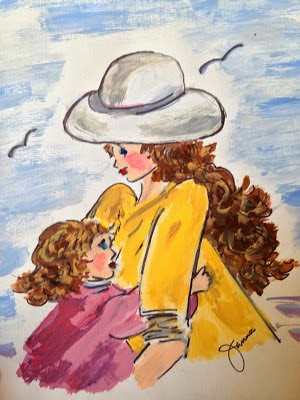 Bubblews happened!  Come visit me!     Jeanniemaries Janet has a new gig!  August 1, 2014 Remember the post about my sister?    Janet's Art   She now has a collection of note cards on Etsy!  Here's the link: CollectionsByJanet July 25, 2014 I painted my old shed  and instead of tossing the broken chair I grabbed it out of the trash and decided to let it die here. We had planned to buy a new shed this summer but instead we used the money on hospital bills so I had to do SOMETHING ! The plant is in one of my yellow ware bowls until I can find another "pot" of some sort. I'm going to plant pink begonias soon to fill in the bed.  They thrive on neglect and that's what they'll have here! July 23 I painted the old patio table that was left her when I moved in! I've simply kept it covered with flannel backed oilcloth until I could get around to painting it. This is the "before" shot
11 comments
Read more 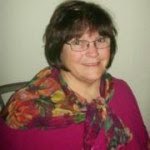 Second Honeymoon on the Norwegian Pearl 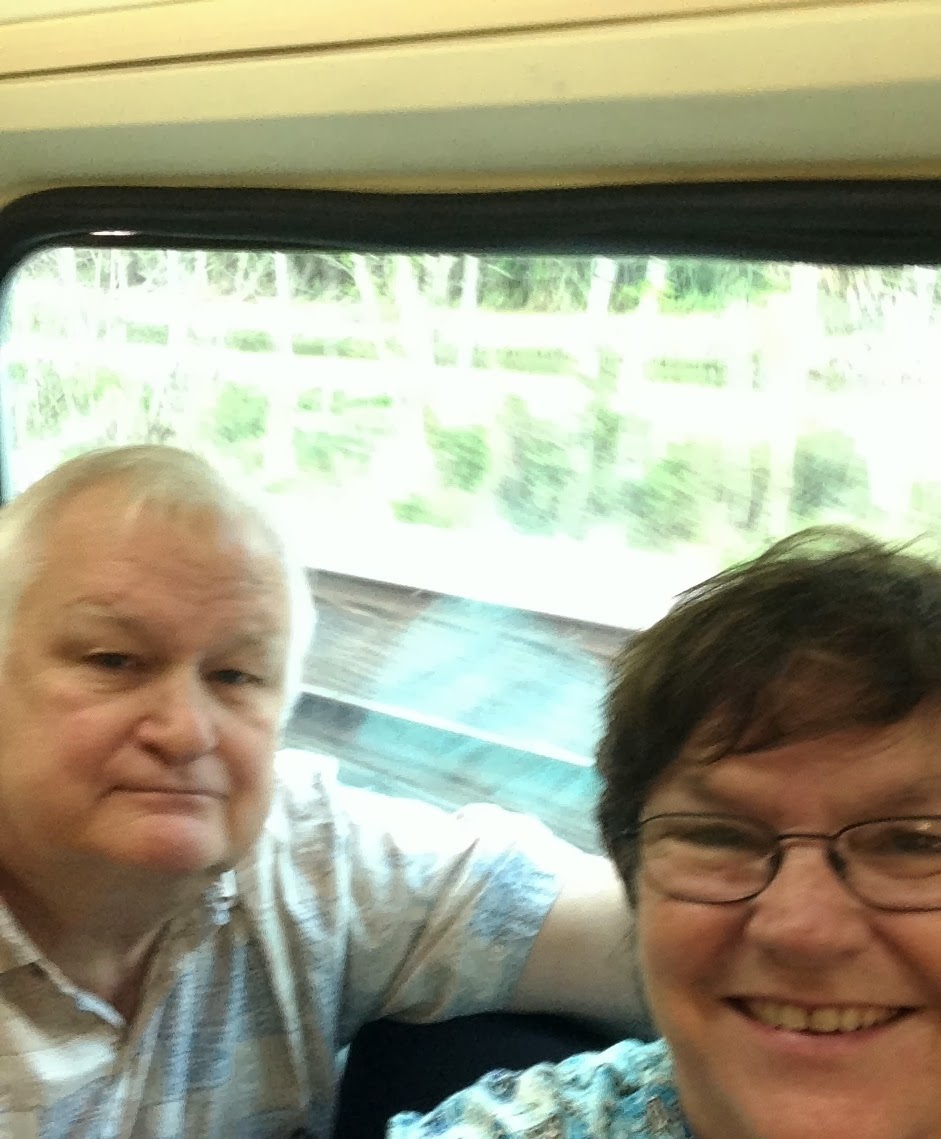 The Sail Away Here we are!  Married 45 years and decided to take a second honeymoon to celebrate! Our first honeymoon in 1969  was a two day trip to Carmel California, a short drive away from where we were married.   We took our car across the state and visited family, then took the train down to Miami. It was fun, but......Never again, we didn't realize the risks.    My recommendation is that you do not use the train on the day of your sailing.  Trains are unreliable about arrival times and can be up to four hours late as this train was the very next day.  But if you do, a taxi can be hired for just a few dollars from the train station to take you direct to the ship. It was very exciting when we boarded the Norwegian Pearl  We immediately went to the buffet.  We boarded very early around 11:00 even though we weren't scheduled until much later.  They don't make you wait until your scheduled boarding time, you just process through.
16 comments
Read more
More posts
(adsbygoogle = window.adsbygoogle || []).push({ google_ad_client: "ca-pub-9738176789466243", enable_page_level_ads: true }); cookieOptions = {...};'